Some guys have muscles AND brains. OUCH!
This guy, well, he’s only halfway there.

When he shows up in the frame, he’s built ‘like a brick sh-thouse’.

It looked like he was probably going to do something really impressive.

Some amazing feat of strength or athleticism, right?

And then he steps onto the mat. Ok — it’s going to be some sort of a floor exercise.

This guy’s got muscles on muscles. It’s going to be something amazing, right?

He did an amazing impersonation … of an idiot.

…halfway through a summersault.

He bounced around flapping his arms — getting the crowd into it, maybe?

Then he jumped in the air, and halfway through seemed to change his mind about what the plan was.

Needless to say, he stuck the landing. 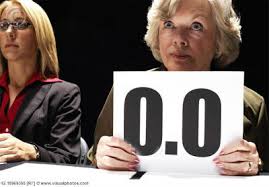