The kid is FOUR. Seriously, people, you need a different hobby besides this ridiculous ‘gayspotting’.

The world is getting crazy.

Some people think we should never be so unfair as to label a child ‘boy’ or ‘girl’ on a birth certificate — that would be ‘assuming the gender’.

You can catch hell — and even be fined — in some places for the sin of ‘misgendering’ people.

But suddenly it’s perfectly ok to be calling a four-year-old ‘gay’ because of a single pose he made in this photo? 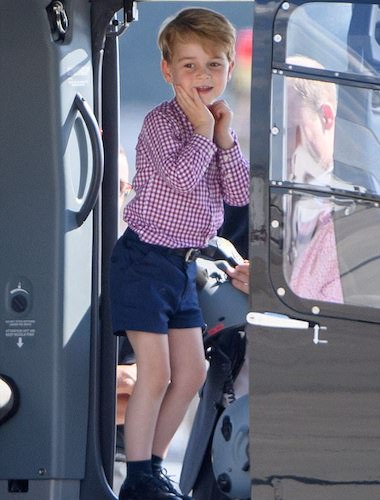 The kid is almost a decade away from puberty.

Can we just let the kid be a freaking kid already?

Stop making everything so damned political.

This may come as a surprise to some of these activists — but not EVERYTHING in life is about sex.

And if you haven’t figured it out yet… THIS is the sort of bullsh*t that is making even folks on the Left say you’ve gone too far.

Tweets that featured alongside the original article, included: ‘Prince George is already a bigger gay icon to me than Boy George’.

Mr Cohen told the Mail: ‘At no point did PinkNews state that Prince George is a “gay icon” – the article merely reported on a large volume of social media posts saying that he was.

‘The original article was published on July 25 with the headline: “People think Prince George looks fabulous in this new photo”.’