Thanks to solid work by Judicial Watch, the House Democrats may want to retract that scathing letter they wrote to Mike Pence last month.

It wasn’t all that long ago when THIS was big news:

Anything to discredit Trump gets lots of play on CNN. Have you noticed?

But a watchdog group may have found a smoking gun indicates not only that voter fraud was a problem in California… but that it was HUGE!

Remember how Obama’s Eric Holder was put on retainer by California, as an anti-Trump tactic?

How much does he know about this? Could it explain why he’s been losing his sh-t about Trump’s Electoral fraud commission?

“The creation of this new federal commission on election integrity by this administration is another frightening attempt to suppress the votes of certain Americans,” Holder told attendees of the NAACP National Convention in Baltimore. “Make no mistake, this commission, led by a fact-challenged zealot, will come up with bogus reasons why further restrictions should be placed on the right to vote.” – CNN

Which ‘certain’ Americans might he mean? Those who would like to vote more than once? Those who are not citizens? Those who cannot lawfully cast a vote? Those who have been bussed in from out-of-state (or at least out-of-county)?

He doesn’t specify. It’s an EMOTIONALLY-charged claim, not a fact-based claim.

In California, Ten of Eleven counties have more registered voters than adults.

So, tell us more about those ‘false and debunked claims of voter fraud’..?

Remind me, which party did all of these over-represented countries throw landslide support behind? Weren’t they ‘with Her’? 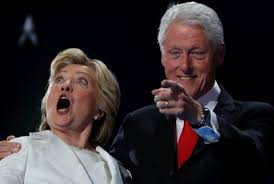 What if those ‘landslide victories’ weren’t actually as large as they seemed?

What if ‘anomalies’ like these show up elsewhere too?

Could some of our Blue States actually be Purple?

Perpetual time in office is a big cash cow for the Democrats. (Right Maxine?) What if we’ve discovered the secret of some of these lopsided wins?

Might they actually have to compete in a free and fair election?

Would the media EVER admit that Trump had been right along?