Are these dopes TRYING to make Trump look like Nostradamus?

That was what, a week ago?

Oh, how times have changed.

Before we go further, keep in mind that Margaret Sanger… who advanced abortion and birth control because she saw growing (‘unfit’) black population as a social problem requiring a solution, will NOT have her image removed from the Smithsonian, even though some have petitioned to do so.

A statue of a Saint and ‘father of modern gynecology’ has been defaced. 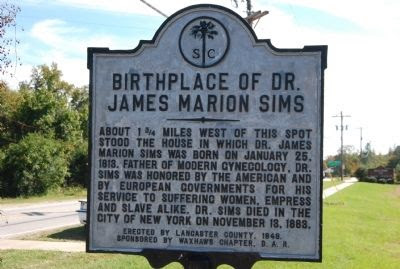 If Sanger is hailed as a ‘women’s rights figure’ you would think the ‘father of modern gynecology’ would have an even STRONGER claim to that title.

What sort of a hero must this guy be?

A bronze likeness of Dr. James Marion Sims stands at the entrance of Central Park at Fifth Avenue and 103rd Street in Manhattan.
The statue, which was originally dedicated in 1894, stands to honor the man considered to be ‘the father of modern gynecology.’
According to the New York City Parks Department, Sims, who was born in South Carolina in 1813, owned slaves. –DailyMail

Ok, that’s not good, obviously, but isn’t that at least a LITTLE better than Margaret Sanger thinking Black People were an ‘unfit race’ that should be killed in utero so that they would not burden society?

Since slaves were in no position to assert individual liberties, these experiments were likely forced and done without their consent.
‘Memorializing of imperialist slaveholders, murderers and torturers like J. Marion Sims is white supremacy,’ said Rossanna Mercedes, 27, a member of Black Youth Project 100. -DailyMail

Black women dressed up in front of the statue with hospital gowns with symbolic ‘blood’ sprayed on their waists.

And they stood with the ‘black power’ fist raised.

Ok, Guess not. How come Sanger gets a free pass?

So which is it? Women’s health is the most important issue of all other issues facing women, and — in light of ‘advances’ in ‘women’s health’ all his sins should be forgiven? (In which case, he’s, what, a hero?)

Or are his many ethical violations enough to damn his memory? Maybe they are. But where would that leave Sanger?

How is the ‘successful restorative surgery’ of a female patient which for all his ethical violations wound up paving the way for all other such gynecological surgery … any WORSE than Margaret Sanger’s project to exterminate as much of the black race as possible? Somehow, she gets to be a HERO?

The rules here are so confusing.

Guess who else the iconoclasts are angry at?

Serra established his first mission in San Fernando de Velicatá in May 1769. Moving further north, he founded another mission in San Diego, first of nine missions he created in what is present-day California, that July. Serra spent the rest of his life devoted to his evangelical work in the region. In trying to bring his religion to the Native Americans sometimes led to clashes with his own government. He clashed with Spanish authorities over the way soldiers treated the native peoples. – Biography

A Latino taking a stand against the government of the day to stand up for rights of an indigenous people. Speaking ‘truth to power’. That’s good, right?

On August 28, 1784, Serra died at the age of 70 at Mission San Carlos, the one of missions he founded. He was buried in the floor there. According to the Franciscan Friars, Province of Saint Barbara’s website, Serra’s first nine missions were home to more than 4,600 converted Native Americans and more than 6,700 Native Americans had been baptized through the missions by the end of 1784. After his death, Serra was remembered for his dedication to his faith and for bringing Catholicism to California. Beginning in the 1940s, a movement began to have him canonized. Pope John Paul II beatified Serra in 1988, giving him the title of “Blessed.” – Biography 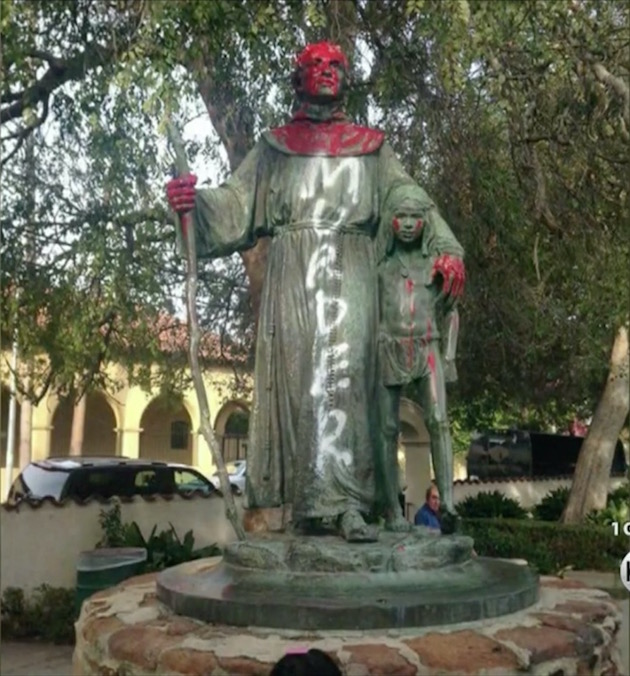 Even the kid in the statue wasn’t spared. See this painted on the chest: 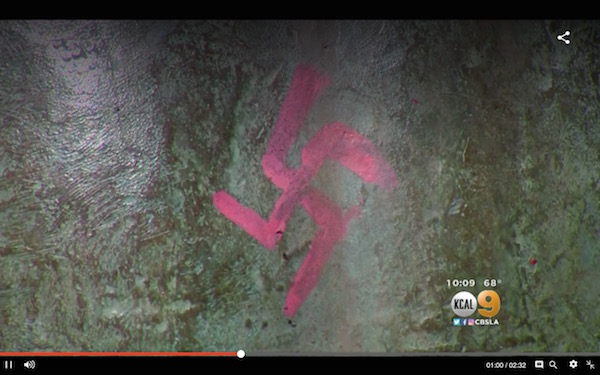 Nazis weren’t even around when they were alive, for goodness sake. 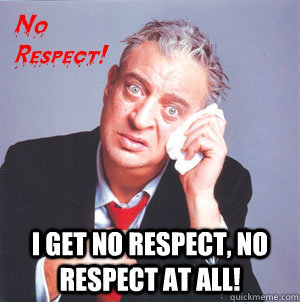 Does all this sudden outrage against statues seem a little… Scripted… somehow?