Do you think that violent thugs that are rioting and burning down private businesses, bringing weapons to rallies, and throwing urine at people should be allowed to roam the streets? Or should they be called ‘terrorists’?

These Antifa bullies are getting a lot of attention and that’s a two-edged sword — they are gaining momentum by the anti-Trump leftists as ‘activists’ for the cause, but sane people are denouncing their ‘black bloc’ tactics, masks, and violent proclivities.

And sane people are taking action.

Just a few days ago, on August 17, a petition was launched on ‘We The People’ to label Antifa a terrorist group. As of the writing of this article, the petition has over 230,000 signatures. It had reached over the 100,000 goal in just 3 days.

The ‘We The People‘ section of WhiteHouse.gov was launched in 2011 by Barry’s administration.

So, concerned citizens that agree with the President that there are problems on ‘many sides’ are using Barry’s tool to label Antifa a ‘terrorist group’.

How will CNN take that, I wonder?

Look at their recent profile on Antifa: 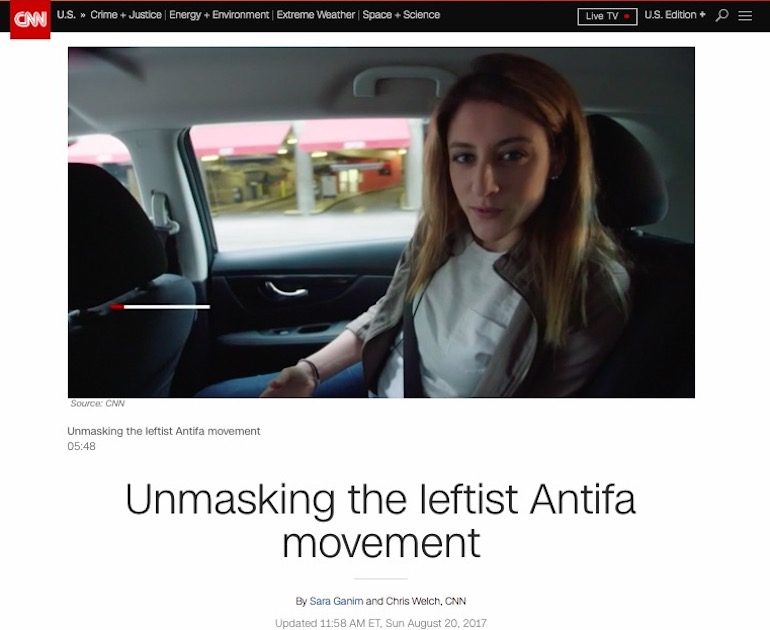 As Benny Johnson of Independent Journal Review pointed out, the CNN headline was changed.

CNN literally scrubbed a headline which called Antifa violent because Antifa did not like it.

This is modern journalism. pic.twitter.com/pQ2oHRwkIw

Here is the original: 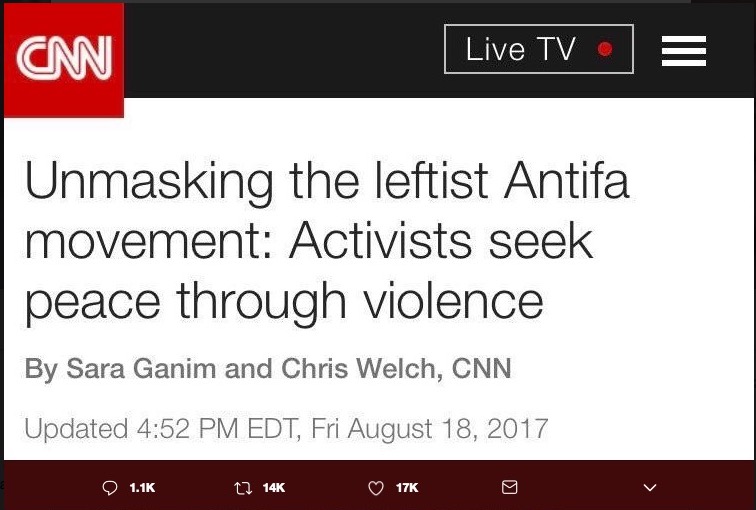 Wow, was that just a couple of months ago?

Looks like they’re ok with ‘bullying’ if it’s against Conservatives. But are we really surprised with that?

And let’s be clear, Antifa says that they’re not patriots: 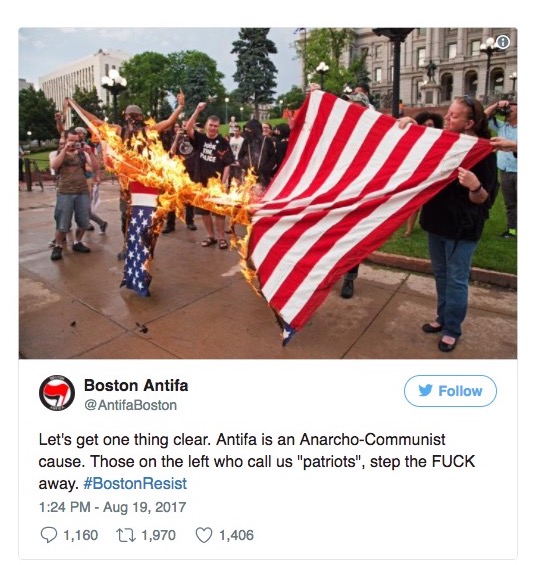 They’re anarcho-communists, yes, kiddies, the worst of both worlds.

So, if you were cool with them roaming the streets with axes, then carry on.

If you’re not cool with that, then you can sign the petition here:

Frankly, I’d rather have these guys out there saying exactly who they are and exercising their right to free speech. That gives all of us the opportunity to denounce them like with this petition.

It’s much better than them hiding their anti-American ideas in the dark and fomenting violence.

Now that they’ve been revealed who they really are, maybe someone on the left can actually denounce them.

But don’t hold your breath on that one.