It isn’t because of the advances in DNA research or the seeming miracles that are occurring in the field of genetics. No, it’s something WAY more sinister…

They’re ‘eradicating’ Down Syndrome through murder.

Iceland has mandatory prenatal screening, and almost 100 percent of the mothers that have a positive result for Down Syndrome choose to abort their babies.

They’re pretty glib about it, too.

CBS reported on the story and posed the question in their headline:

“What kind of society do you want to live in?”: Inside the country where Down syndrome is disappearing

They report it as ‘eliminating’ Down Syndrome — and their reporting seems to imply that more of the world should follow the lead of Iceland.

Since prenatal screening tests were introduced in Iceland in the early 2000s, the vast majority of women — close to 100 percent — who received a positive test for Down syndrome terminated their pregnancy.

While the tests are optional, the government states that all expectant mothers must be informed about availability of screening tests, which reveal the likelihood of a child being born with Down syndrome. Around 80 to 85 percent of pregnant women choose to take the prenatal screening test, according to Landspitali University Hospital in Reykjavik.

‘The results are only about 85 percent accurate.‘

So, how many were aborted that didn’t have down syndrome?

Not exactly a comfortable question, is it?

Why is there a difference?

Parents are often worried about what life with a Down Syndrome child will be like.

Sarah Palin, whose 9-year old son, Trig has Down Syndrome reacts to the CBS report:

March 21 is World Down Syndrome Day and to raise awareness, people all over the world wear mismatched socks in support.

That ironically includes the President of Iceland, Guðni Th. Jóhannnesson, under whose leadership the genocide of Down Syndrome children is occurring. 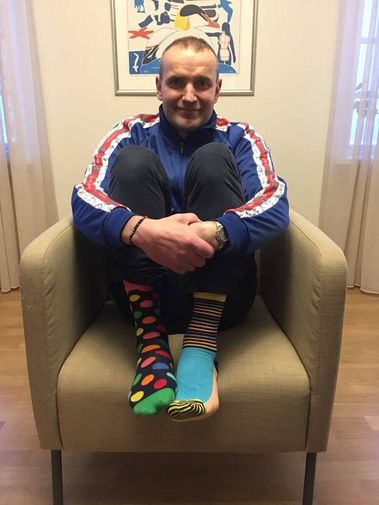 It looks like she ascribes to the nonsense circular argument that this nutty prof does.

Quijano noted, “In America, I think some people would be confused about people calling this ‘our child,’ saying a prayer or saying goodbye or having a priest come in — because to them abortion is murder.”

Olafsdottir responded, “We don’t look at abortion as a murder. We look at it as a thing that we ended. We ended a possible life that may have had a huge complication… preventing suffering for the child and for the family. And I think that is more right than seeing it as a murder — that’s so black and white. Life isn’t black and white. Life is grey.”

Yes, there is a broad spectrum to those that have Down Syndrome, but that doesn’t mean that life cannot be fulfilling for them and their families.

Amanda Booth is a model that didn’t get any genetic testing and is now using Instagram to destigmatize Down Syndrome.

There’s a lot of antiquated information about Down Syndrome out there, and people need to know the truth. The termination rate with prenatal testing is so staggering, and I know that if people could see a glimpse of the life they could have, it might decrease. Like I mentioned earlier, we personally decided not to do any genetic screening.

That being said, the Global Down Syndrome Foundation has created a new pamphlet for prenatal testing, with honest truths detailing the new realities of Down Syndrome (that no one can know what the future holds for any baby; that what’s most important is that families lead happy lives). I know that we are all different, and the majority of people will screen and that’s fair—all I’m trying to do is make people aware, give them a hand to walk with, a shoulder to borrow, and clear eyes to see the possibilities of this life.
Source: Cosmopolitan

@coola_suncare was the right choice for protection from the hot ass sun in Mexico this week. @mikerunt @lifewithmicah #vegan #crueltyfree #sunprotection

Today, is this big boys L A S T day of his early intervention program! We've spent the last three years, having 6-8 sessions of therapy a week. We are so thankful for the Regional Centers we've worked with, and the incredible therapists! Because of these programs, people with DS are going to college, getting married… this is just the beginning.

Do You Agree With Iceland's Practice Of Aborting Babies With Down Syndrome?

Here are some inspirational people that may not have been around if their mothers lived in Iceland:

Pablo Pineda — First Down Syndrome graduate with a degree in Educational Psychology, from Spain, has become a writer, speaker, teacher, TV host, and an actor.

Madeline Stuart — Australian model that made it to the catwalk in New York for Fashion Week in 2015 and is now launching her own line of clothing.

Noelia Garella — Argentinian woman that was rejected from preschool for being a ‘monster’ is now a well-loved preschool teacher. 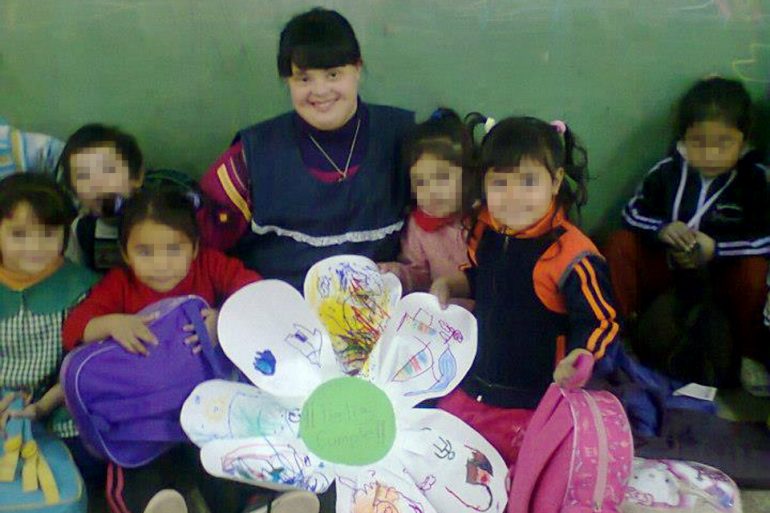 Megan McCormick — American woman that was the first Down Syndrome student to graduate from a technical college with an honors associate’s degree in education.

Bernadette Resha — This Nashville native is an artist, speaker, and violinist.

Melissa Reilly — American Special Olympian with gold medals in skiing, cycling, and swimming. She is also an inspirational speaker, and has interned with a Massachusetts State Senator.

And finally, another American, Sujeet Desai. A talented musician that graduated high school with a 4.3 GPA and continued on to graduate from college in music. He plays seven instruments including the violin, piano, trumpet, and saxophone. He has won several international awards for his music, and has also played at Carnegie Hall.

This one just seems appropriate given the mass murder of Down Syndrome babies in the womb: