How many stories like this will it take before people learn?

And why would she be dumb enough to tamper with her phone? Did she really think she could make the evidence ‘go away’ by deleting something?

It only makes her look like she’s trying to hide something.

Like the fact she was using her phone when she killed those kids.

You guessed it. That text (or social media update, or whatever) that just HAD to be answered cost two kids their lives, and left a third with critical injuries.

Were the lives she ruined worth whatever stupid text she was checking on?

The 24-year-old was driving a 1999 Ford Escort when she drifted over the fog line and struck the three teens on South Main Street in Coventry Township, on May 28, the Summit County Sheriff’s Office said.
Taylor Galloway, of Akron, and Amber Thoma, of Coventry Township were killed, while the 15-year-old boy suffered serious injuries and was treated at Akron Children’s Hospital. — DailyMail 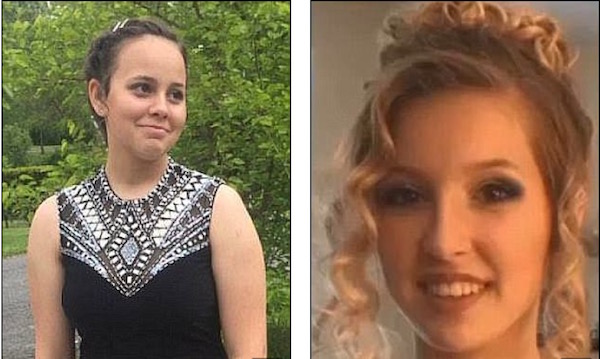 Authorities say the teens were walking on the right side of the road around 4:45pm when Boggs struck them with her car.
Cops say they have evidence Boggs was texting while she was driving.
As for the tampering with records charges, Summit County Sheriff’s Inspector Bill Holland told CantonRep.com, ‘It was found there were things done on her cellphone after the accident.’ — DailyMail

Run down. In the middle of the day.

By some idiot that just ‘Had’ to check her phone.

Texting while driving is the drinking-and-driving of this generation.

There was a focussed campaign on shaming those people who did it, and on hitting people who do it with serious fines or charges.

Drunk driving became about as socially acceptable as taking a dump in the street. And so, social pressure — as much as any other pressure — gave us a sharp drop in drunk driving.

Maybe it’s time we look at texting-and-driving the same way we see drunks behind the wheel. The results are pretty similar, don’t you think? 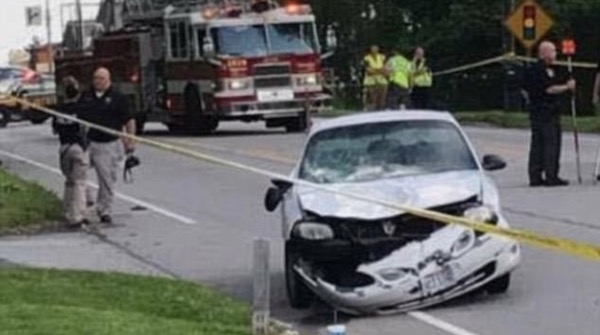 You can cover a LOT of ground in the 5 seconds you’re looking away at a text. In this instance, people were standing on it.

What do you want to bet that she figured it was ‘safe’ to take a ‘quick look’; that she honestly believed ‘nothing bad will happen’?

Just like everyone else who looks at their phone tells themselves.

Just like all the drunk drivers justifying that ‘short drive’ tell themselves.

What are the next steps in getting this issue under control?

It shouldn’t take long before someone develops a cell equivalent to the interlock device.

And insurance companies would be smart to have a distracted driving fine trigger a BIG jump in premiums.

Then again, there’s a much simpler solution.

STAY OFF YOUR DAMN PHONE WHILE YOU’RE DRIVING.