How would YOU React to the unthinkable?

Not only was your toddler taken from you.

He was sentenced to be shot dead. Dad was in attendence.

A father said he watched the execution by a machine gun of the man who raped and murdered his three-year daughter with ‘relief and satisfaction’.

Yahya Almatari stood at the front of a crowd of thousands as his close neighbour Muhammad al Maghrabi was shot at point blank range with an AK-47.

The 41-year-old had been convicted by a Sharia court in Yemen of raping and strangling toddler Rana Almatari having snatched her off the street.

The death penalty isn’t just about ‘deterrence’. Look at this bereaved dad’s reaction:

…I feel as if I have been reborn. This is the first day of my life. I am relieved now.‘

This is to satisfy Justice. In fact, the people themselves called for the evil SOB’s death.

Al Maghrabi had snatched Rana as she played outside her home in the Yemeni capital Sana’a during the festival of Eid.

He took her back to his father’s home where he raped and then strangled the toddler with his bare hands.
The loner raped her lifeless body before dumping it near a mosque in the neighbourhood of Beit Miyad where she lived with her father Yaha and mother Jamileh. Source: Daily Mail

This is the three-year-old girl whose lifeless body he raped and dumped on the street like trash. 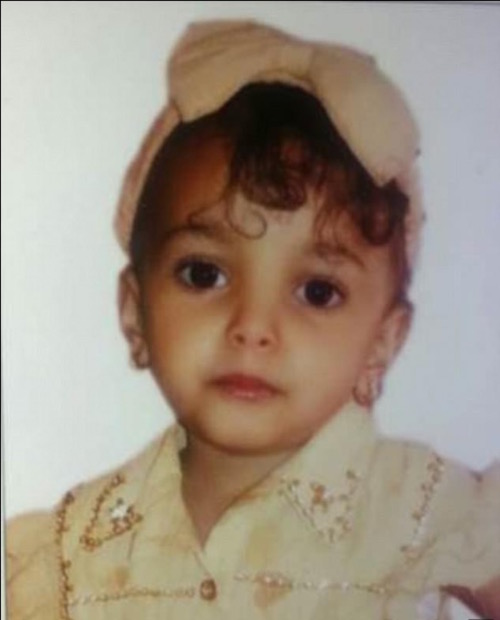 After al Maghrabi’s arrest he was initially sentenced to 100 lashes having confessed to rape and murder. But such was the outrage across the nation the judge decided the punishment was not enough and imposed a death sentence.

Al Maghrabi, a Moroccan national, was arrested two days after Rana went missing on June 25th.
He was known to the victim’s family and when police raided the basement where he lived with his parents they found pills and lubricants leading investigators to believe he had planned the crime.
Source: Daily Mail

The people of Yemen were outraged by this miscarrige of justice. They eventually came up with the right sentence.

The execution is below.

For the record, Yemen is one of the countries named in Trump’s executive order. Considering the original judge’s ruling was to flog him and set him free, are you glad we’re taking a closer look at immigration standards from such countries?