If you were wondering why the rescuers in storms like this are seen as such heroes… this photo says it all.

Imagine it was YOUR mother or grandmother in this photo.

Some of the most vulnerable people in an emergency situation like this are those who cannot flee, by reason of frailty or some other limiting illness.

Look at the photo. REALLY look at it.

Do you see where the water ends?

The elbows if the lady in the blue shirt are wet.

Her knees are almost covered.

The photos are taken in Dixon Texas. It was sent out by social media by La Vita Bella as a desperate call for help.

The 15 residents of La Vita Bella assisted living in Dickinson, Texas, were rescued hours after an alarming photograph of a group of elderly women sitting in the water was posted to Twitter.
Timothy McIntosh, the son-in-law of the woman who owns the nursing home posted the picture just before 10am on Sunday asking for help. —DailyMail

Look at the legs in the foreground, covered to the knees in floodwater contaminated by who-knows-what?

Look at the light reflected in the water.

You can watch the dramatic story unfold through his Twitter feed. As you would expect from a striking image like that… it went immediately viral.

‘Doubters’ was a reference to people online wondering whether the photo was real or Photoshopped.

Someone nearby backed up his story…

(The link in that one shows a photo taken nearby showing how high the water is getting in the neighborhood.)

Again… imagine it was YOUR mother or grandmother in that photo. And you were helpless to rescue them. Wouldn’t your tweets look something like Tim’s?

In a time when the nation is torn by political strife, it’s the stories like this that remind us about what’s truly important.

In the words of our President: 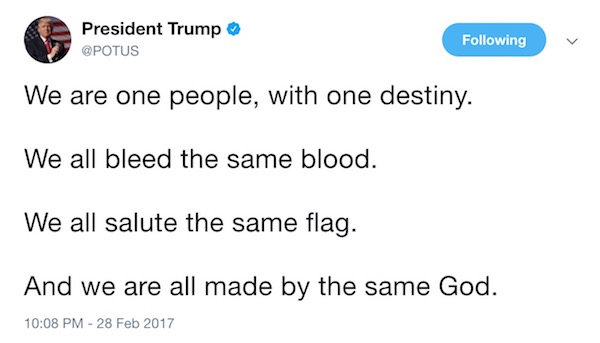 THAT is the message America needs to hear right now. Not the partisan sniping and politicians throwing each other under the bus.