The People for the Ethical Treatment of Animals (PETA) is not a fan of people having pets because animals shouldn’t be ‘owned’.

From their own website answering the question about whether or not people should have pets:

Contrary to myth, PETA does not want to confiscate animals who are well cared for and “set them free.” What we want is for the population of dogs and cats to be reduced through spaying and neutering and for people to adopt animals (preferably two so that they can keep each other company when their human companions aren’t home) from pounds or animal shelters—never from pet shops or breeders—thereby reducing suffering in the world.
Source: PETA

PETA runs an ‘animal shelter’ at its headquarters in Norfolk, Virginia where they ‘ethically’ treat healthy animals to euthanasia.

That’s what they did in this case.

The incident occurred in Virginia in 2014.

Wilber Zarate filed a lawsuit against the company when he learned that the animal rights group had killed his 9-year old daughter’s chihuahua.

Here is a photo of Cynthia Zarate and her dog Maya. 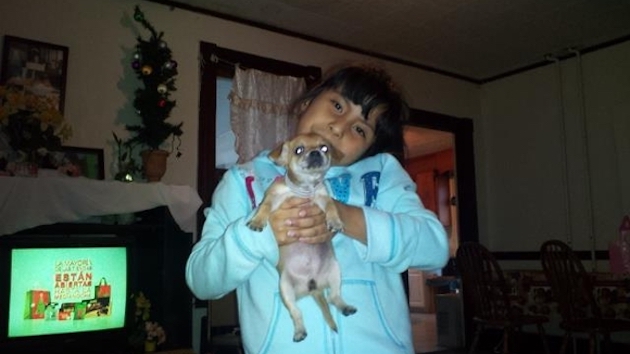 Two people affiliated with the group travelled to the mobile home park because they said they had been asked for help picking up wild dogs and feral cats.

They removed an unattended chihuahua called Maya, which was a Christmas present to nine-year-old Cynthia Zarate.

PETA even violated the law in their unusually quick offing of a family pet. Virginia law states that there is to be a 5-day grace period between catching an animal and euthanizing it, but PETA captured Maya and killed her the same day.

Maya was put down the same day she was caught, which was a violation of a state law that requires a five-day grace period.

Peta was fined $500 for the violation, and had to pay more after Mr Zarate took further action.

He claimed that the group operates under a policy of putting down healthy animals because it “considers pet ownership to be a form of involuntary bondage”.
Source: Telegraph UK

The suit has been settled out of court. PETA has apologized to the family, paid $49,000 to the Zaretes, and an additional $2,000 donated by PETA to the Society for the Prevention of Cruelty to Animals (SPCA) to honor Maya.

PETA has been under fire from ‘no kill’ shelters for their practice of euthanizing large numbers of animals at their shelter.

The shelter routinely dispatches veterinarians to care for local animals — but is also euthanizes ones that PETA deems too sick, aggressive or feral for adoption.

PETA has said the animals it puts down are often turned away by other shelters. And it said many pets are brought in by low-income owners who can’t afford to care for their elderly or sick animals.

The organization said it helps as many as 25,000 animals a year, spaying and neutering many for free. But the shelter’s euthanasia rate— it put down more than 1,400 of about 2,000 animals in 2016 — has drawn criticism from some in the so-called “no kill” shelter movement.
Source: Metro News

Do they really only euthanize sick, aggressive or feral animals?

We’re calling B.S. on that one.

Let’s help them out: 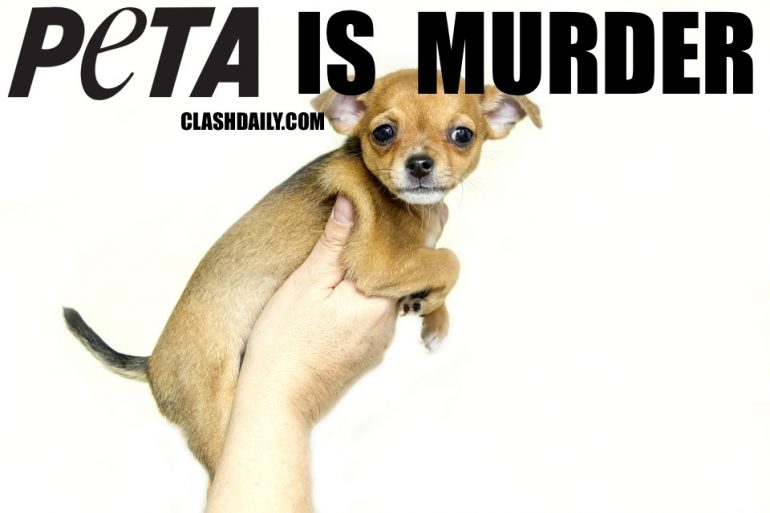 Yep. That seems about right.