When someone shows up at a protest dressed in riot gear, should they still be considered ‘peaceful’?

When their face is covered?

When they come armed with urine bombs, mace and clubs embedded with nails?

(That last one was getting his weapon ready to visit his wrath upon a PRAYER event that he ridiculously denounced as ‘Nazi’.)

And here we go in another round of ‘Reality or Parody’?

Here’s another Antifa social page. (Or is it parody?)

As for the ‘will remark on her size and such’ … that really is a ‘smaller’ issue.
(Uh, so to speak.)

Or the fact that she’s dressed up as an extra from Fury Road? ‘Witness Me!’

Is she going to spray her mouth with chrome paint, too?

Or is it that she’s dressed up like someone ‘going to war’.

As for the ‘reality or parody’… on some level, it almost doesn’t matter. Becuase at almost every protest, we see people dressed up to be at least that ridiculously.

But in this PARTICULAR case: 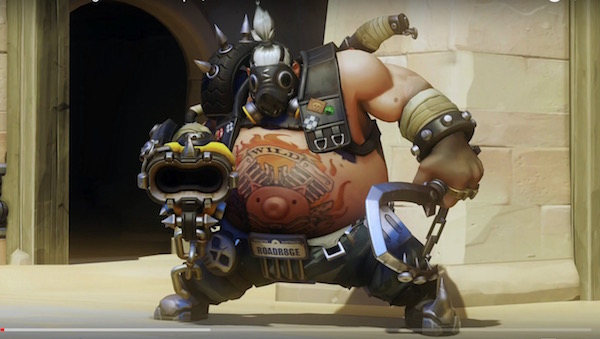 That’s a video game character. From ‘Overwatch’. The resemblance has to be more than coincidence.

Now look back up at the chick at the top. Wouldn’t she fit right in with these morons? 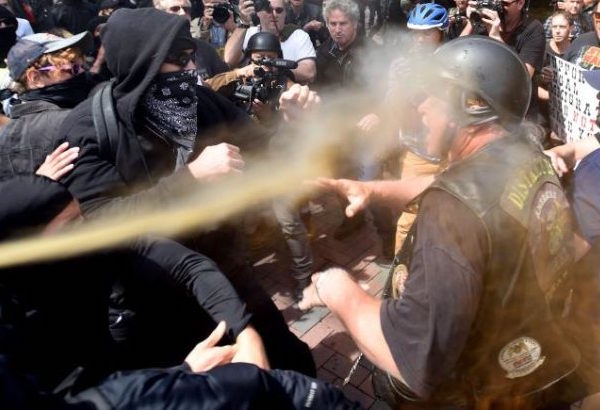 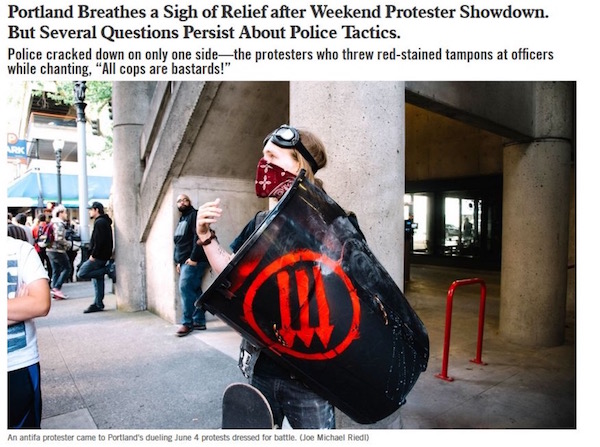