And we could end the article right there, but what fun would that be?

Her tweets are going viral (mostly on the right to show what an @ss she is) because of a video she posted where she was ‘teaching whites’ about racism and their role in it. 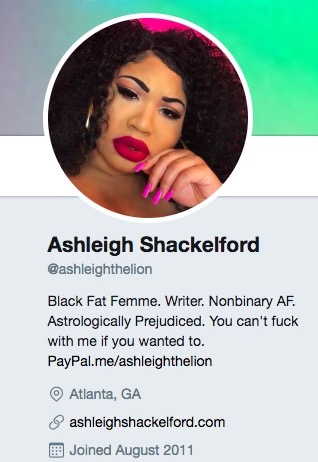 Many on the left (and the right) have been quick to condemn President Trump for not condemning neo-Nazis, the KKK, and white supremacists enough.

That’s not what Ashleigh is doing.

She’s using the riots and fanning the flames of racism as a way to make money.

Yes, you read that right.

She wants reparations NOW and is using the horrific acts of disgusting racists in Charlottesville to push for it.

This chick (?) is something else.

Here is the video clip that is making Ashleigh ‘Twitter Famous’:

EDITOR’S NOTE: As you can see, Ashleigh has deleted the tweet. No worries, here it is via Desus & Mero on YouTube.

I’m just going to put her tweets here and let them speak for themselves:

[We have replaced the live tweets with screenshots of the tweets as it appears Ashleigh is purging her Twitter feed.] 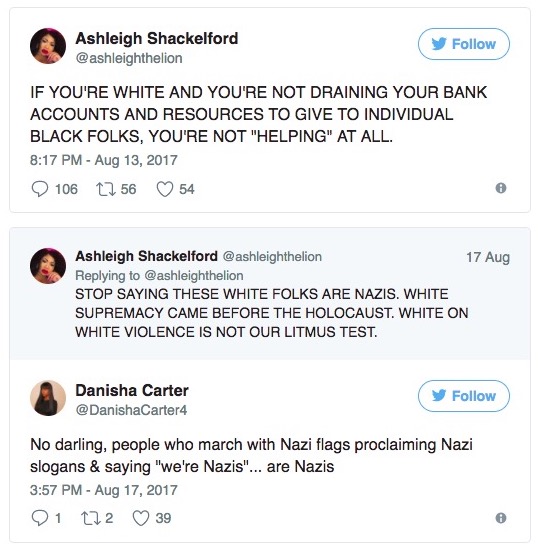 Here is one she retweeted: 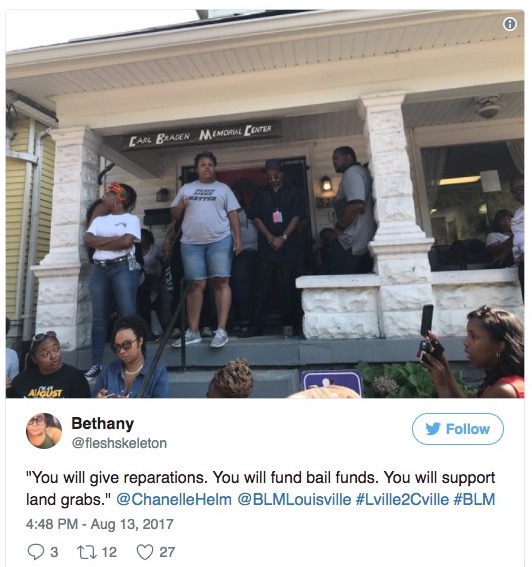 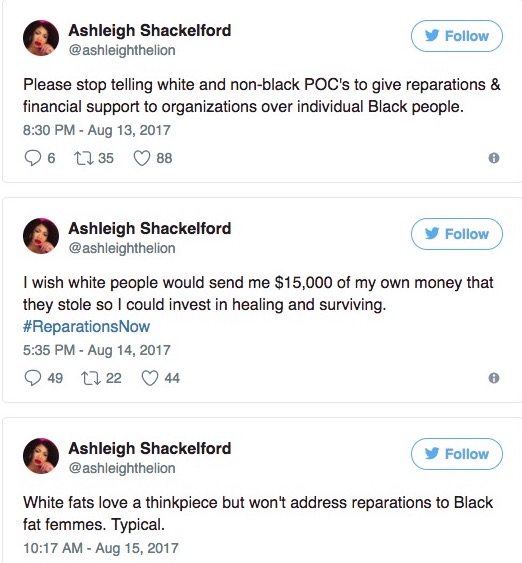 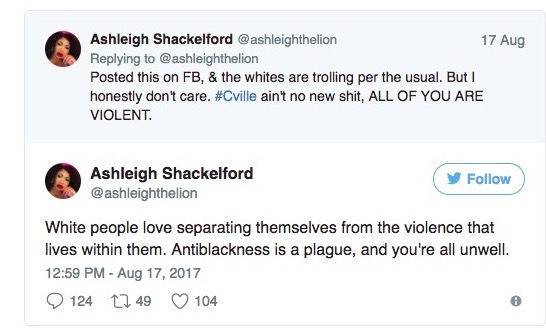 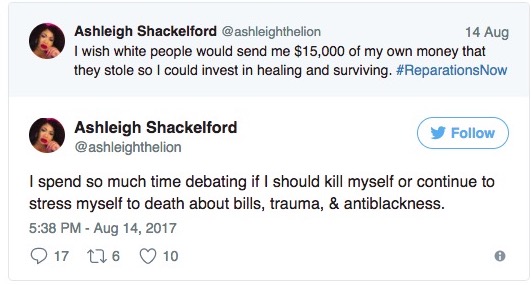 So, how does Ashleigh support herself?

Well, she’s an activist and has to sully herself by interacting with white people…

…and she’s a prostitute that does ‘Social Justice work’… 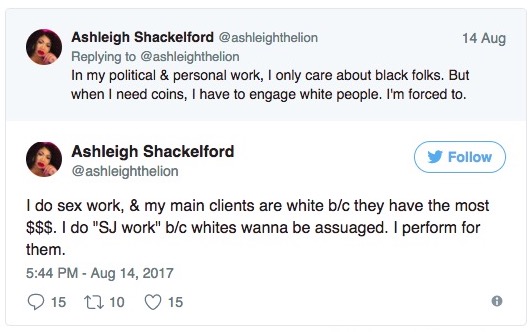 …but I repeat myself.  Besides, it doesn’t make her happy… 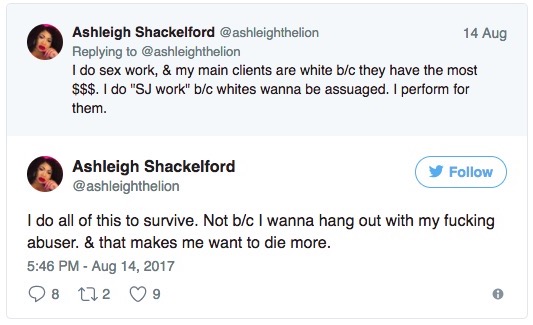 And (shocker) it’s not going so well.

But hey, she works hard. Not like white people: 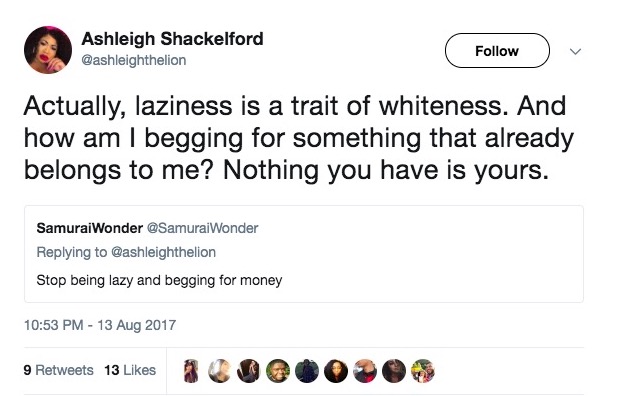 But she’s one of those people that believes in reparations/redistribution and ‘white privilege’:

Ashleigh is upset that money was raised for Heather Heyer — the WOMAN KILLED WHEN SHE WAS HIT BY A CAR in Charlottesville:

Also completely deaf to any criticism: 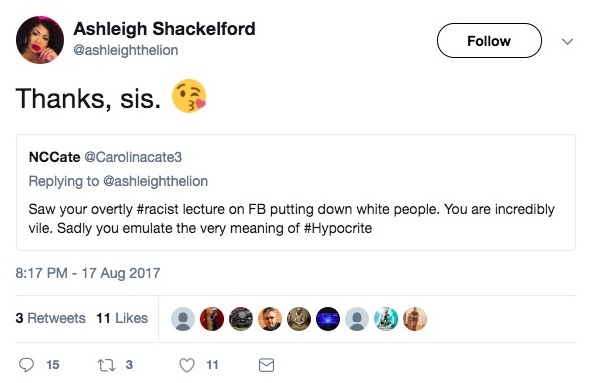 People aren’t actually interacting with Ashleigh on Twitter, because — what’s the point?

She’s not going to change her mind.

This person is pretty much the Bizarro World version of David Duke in about a mile and a half of black skin.

And both need to be denounced.

That is what President Trump was bold enough to bring attention to.

What did Barry do? He denounced one side and legitimized the other by bringing BLM to the White House. Let me be perfectly clear that there are many within BLM that aren’t racists and just want equality. But there are the fringe anti-white elements in there, too.

If conservatives are to denounce neo-Nazis, the KKK, white supremacists and bigots of all stripes — as we should — is it wrong to ask the liberals to do the same?

Fighting racism with more racism is not the answer.

As a matter of fact, it’s blatantly un-American.

Listen to this Warriors & Wildmen podcast to get the skinny on race relations because you won’t get it from Ashleigh Shackleford:

Share if you think that the left needs to denounce the Ashley Shacklefords and other extremists on their side, too