What did he expect would happen after tweeting something so disgusting?

Ken Storey, the University of Tampa assistant sociology professor that came under harsh criticism after his unbelievably inappropriate and heartless tweet in the wake of Hurricane Harvey has been fired for his comments.

There was outrage all over social media when it came to light that a college professor wrote that Texans deserved Hurricane Harvey because the stated voted for Donald Trump in the election. 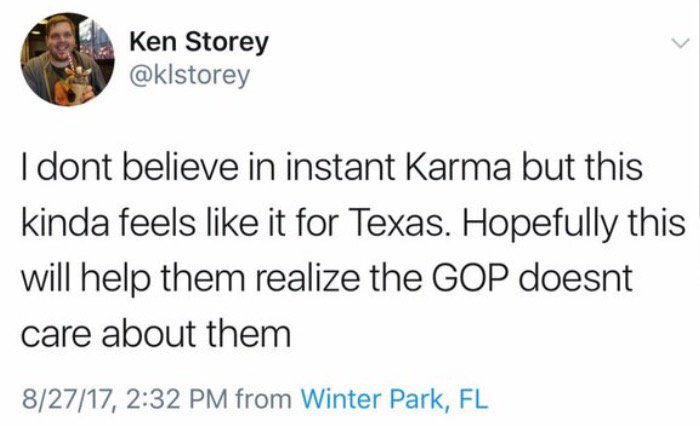 Storey might not believe in ‘Instant Karma’, but he just experienced it — he was fired for the comment.

The fact that someone that lives in Florida could be so insensitive to the catastrophic effects of hurricanes is beyond words.

The current death toll is 30 — including a family of 6.

And others have lost everything they have in flood damage.

Families broken, homes destroyed — everything gone because of a natural disaster.

But Storey said they ‘deserved it’ for supporting the GOP.

The University issued a statement distancing themselves from his tweet and strongly condemning them.

We condemn the comments and the sentiment behind them, and understand the pain this irresponsible act has caused.

Storey has been relieved of his duties at UT, and his classes will be covered by other sociology faculty.

As Floridians, we are well aware of the destruction and suffering associated with tropical weather. Our thoughts and prayers are with all impacted by Hurricane Harvey.

It was basically the one tweet that was outrageous, but when called out on it on social media, Storey refused to backtrack from his original statement.

Storey has deleted his Twitter account, but because the internet is forever, we have scoured the internet for you.

Check out the other related tweets: 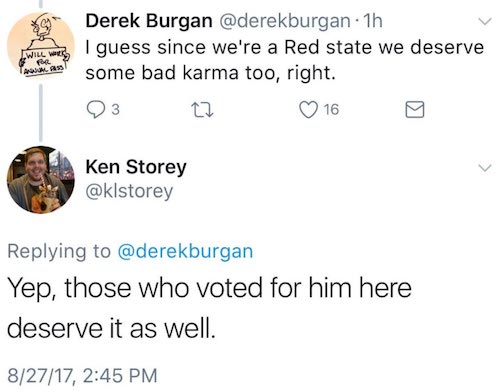 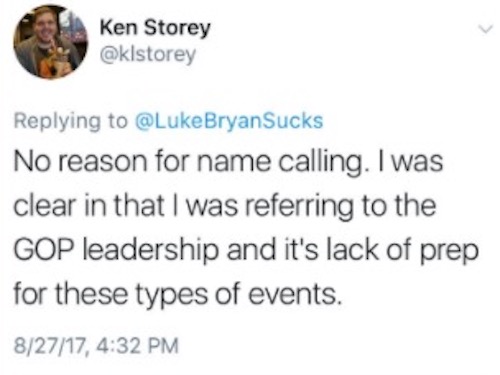 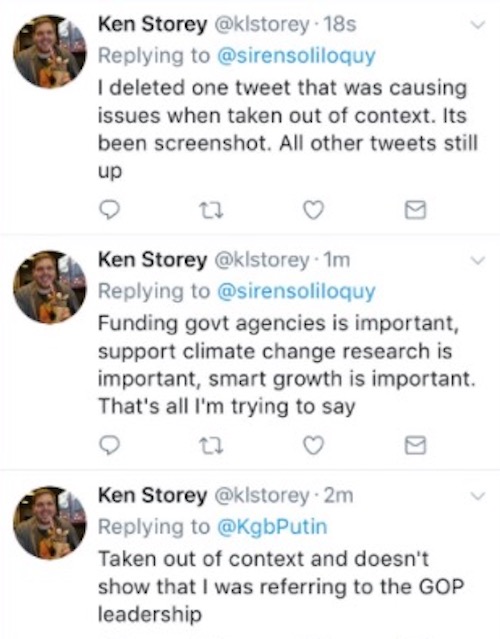 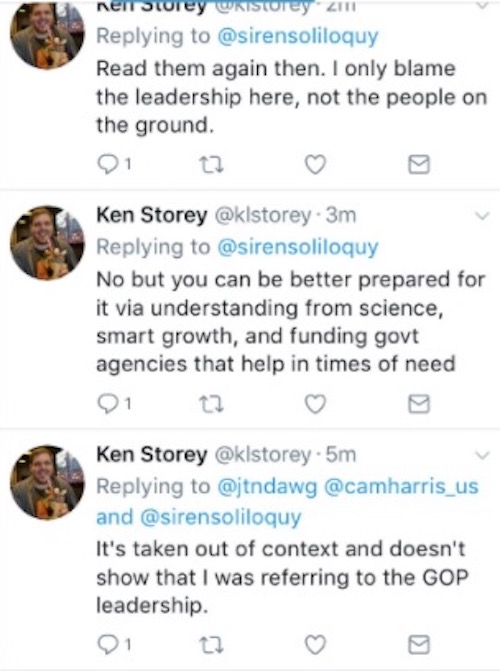 So, if you don’t believe in anthropogenic climate change and the leftist environmental policies, you deserve it, too.

If you support the President, you deserve it, too.

If you support Republican policies, you deserve it, too.

And Storey implies that if you did suffer from the effects of Harvey, you’d wake up from the delusion that the GOP cares about you.

And people on the left say that it’s those on the right that are the heartless ones?

If you ask me, the University of Tampa is better off without this callous fool on staff.