This isn’t just one guy being stupid, either. It’s an international ‘movement’.

Who comes up with a candy-ass idea like this?

But what makes the organized effort of being held, a service that comes with a cost (Cuddlist sessions go for $80 an hour), something that aids in relieving the fear and discomfort that has come with Trump’s presidency?

…Since the election, Cuddle Sanctuary has seen 252 new clients beginning as early as the day following the election. The usual Wednesday night cuddle workshop following the decision was dubbed “Election Detox.” Five of the 21 attendees were new. – RollingStone

They aren’t kidding. This is a real thing. And they pay handsomely to do it. 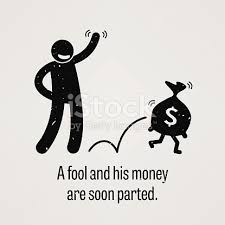 “We will sleep better, have higher metabolic function, increase our immune response, and even decrease our impulse behavior – like drinking because the world is doomed.” – RollingStone

“I think that there’s so much stress in people’s lives these days, and especially in today’s political climate,” he says. “What a cuddling service can offer is that opportunity to lower those stress levels, to relax, and [to] go back to the basics and seek out some human touch.”

At times, the cuddle party Wyatt leads in Venice turns silent. Along one wall, participants sit stacked snugly in between another person’s legs, one person using another’s body as a support pillow; in the middle of the room is a spooning train; others sit side-by-side coloring. Just as touch is optional, so is speaking. – RollingStone

‘The work is actually political now’ said one.

So which is it?

Are the folks on the left Fierce, independent people leading a resistance?

Or are they timid, lonely little kittens — terrified and desperately in need of a hug?

And in case the Left is wondering? That sound they hear is us laughing at them.