While we’re on the topic of offensive history… is it time we stop ‘whitewashing’ this popular figure?

The toppling of the statue in Durham NC has sparked renewed conversation about which statues we have scattered around the country that celebrate some ugly aspects of our history.

The Statue of Lenin in Seattle … which the former Soviet nations no longer wanted.

What about the statue of Margaret Sanger in the Smithsonian of all places?

Maybe you haven’t heard about that controversy. Maybe you were watching CNN or MSNBC and missed it while they were talking about Confederates.

A group of Black Pastors wrote a letter to the Smithsonian.

The museum has the Sanger bust in their “Struggle for Justice” exhibit, which is supposed to honor those of the past who were “champions of justice.” A sign beneath the sculpture says that Sanger was “profoundly affected by the physical and mental toll exacted on women by frequent childbirth, miscarriage and self-induced abortion.”

The pastors wrote the Smithsonian a letter explaining that Sanger was far from a champion for their race because of her strong ties to the eugenics movement.

However, their request to have the bust removed has been denied.

Why would ANYONE not like Margaret Sanger? The Democrats have practically Cannonized her, after all.

The black pastors got a reply from Kim Sajet, director of the National Portrait Gallery. Here’s her photo: 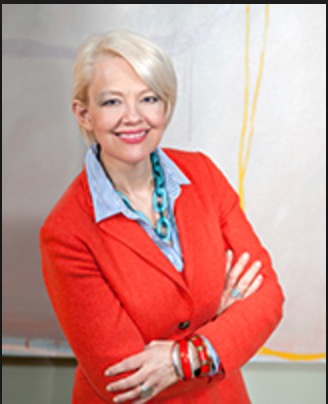 “I received your letter regarding the legacy of Margaret Sanger and respectfully decline to remove her portrait from the museum. The Struggle for Justice gallery brings attention to major cultural and political figures from the 19th century to the present day who fought to achieve civil rights for disenfranchised or marginalized groups.”

Later she adds, “Her association with the eugenics movement shadowed her achievements in sex education and contraception, making her a figure of controversy, one whose complexities and contradictions mirror her times. There is no ‘moral test’ for people to be accepted into the National Portrait Gallery.” —
Life News

Her very REASON for advocating abortion was not to advance the RIGHTS of anyone. At all. Ever.

Her REASON for abortion (and birth control as well) is well-documented. To get rid of the ‘unfit’ races.

To get rid of people that did not look like herself. (Or, frankly, like Kim Sajet, for that matter.)

The black. The poor. Those who were considered a blight on society. Those with ‘less desirable’ traits were having larger families than the ‘more desirable’.

Abortion and birth control were specifically put forward as a means of managing the unwanted growth of the overall number of ‘unfit’ black and poor people.

But she’s held up as a champion of human rights? Surely if any sin in American history can be more vile than one race committing another to servitude, is one race condemning another to DEATH because they are ‘unfit’.

If she can justify having Sanger keep a place of honor in the Smithsonian, shall we also look forward to a display of Josef Mengele right there beside her, for his ‘contributions to advancing science‘?

After all… as Kim herself said: ‘there is no moral test’.

Well maybe there SHOULD be.

After all, the people most affected by her attempts to destroy a race — wholesale — seem to think she’s a problem… even if Kim doesn’t.