When someone from the South begins with ‘Lemme give you a touch of perspective, darling…’
You just KNOW someone is about to get fish-slapped.

You may remember the non-troversy a little while ago, when someone walked into Hobby Lobby, and saw that the decorations — at a HOBBY STORE — used COTTON!

Naturally, she couldn’t let that problem go unchallenged… so she went to social media to do some SJW scolding.

She has been heard and understood…

Hobby Lobby is selling decorative cotton stalks and y'all need to be offended. I'm officially offended by EVERYTHING! SHARE if you agree and follow —>> Political Cowboy on Facebook.

This guy shows you that you don’t have to write a policy paper for a Conservative think tank or turn the outrage up to eleven. 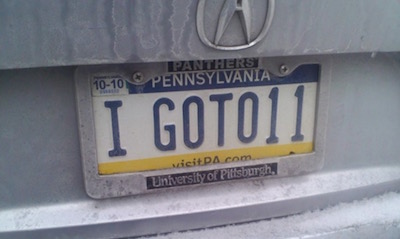 He’s relaxed — ‘chill’ as they say.
What he said was sprinkled liberally with humor, and he made some really great points.

‘the freedom to go shopping in a store loaded with crap you ultimately do not need, and yet YOU chose to get offended by a decorative vase’

‘You are PRIVILEGED enough to get offended by a decoration…’

‘You act like Uncle Remus himself put that vase on that shelf just to piss you off, I mean, seriously.’

‘You’re not looking for a roof to put over your family’s head… you’re looking for picture frames, and art supplies, and fake floral arrangements to put on your dining room table from which you could eat food that has been…’

It only gets better from there.

We could keep quoting him, but it’s SO much more fun to watch it.

(And just WAIT until he gets to the part about what HE PERSONALLY did in the time he spent in Africa. All of the ‘what do you know, you’re white’ arguments go RIGHT out the window at that point.)

Of course, if a little vase has her so worked up… there are a few other things she might want to steer clear from, too.

He’s kind enough to give her trigger warnings for those as well, gentleman that he is.