And THIS is why we can’t have nice things…

Like so many of the crowdsourcing trends that blossomed with the rise of the use of mobile devices, taxi services were transformed by the rise of UBER.

Becuase suddenly, you didn’t need to pay for all the prices built into the overhead of the Taxis. And you didn’t have to wait 6 hours at peak time for a driver to become available.

And you didn’t have to worry about sketchy billing practices.

It was great. It completely redefined the industry. Copycats sprang up, too!

But some people had to go and ruin everything.

Sexual assaults by Uber drivers are up 50% year on year. pic.twitter.com/1J7aTIc81D

Transport for London ruled that the taxi-hailing app company was not “fit and proper” to continue operating in the capital.

It took “passenger safety” into account in its decision after police claimed the US tech firm had failed to report serious crimes by drivers, including a case of sexual assault against one woman customer.–Independent

Keep that in mind. We’ll return to that point in a moment.

In its decision, Transport for London singled out Uber’s approach to reporting serious criminal offences and how it conducts background checks on drivers. TfL also took issue with Uber’s explanation of software that could be used to block regulators from gaining full access to the app and “prevent officials from undertaking regulatory or law enforcement duties.”
… At the time, Uber said it was surprised by the letter and that it had a good working relationship with the police.
But the company has been dogged by questions on its workplace culture. In July, former CEO Travis Kalanick resigned following criticism of his management style. Some 20 people, including some managers, were fired in June amid allegations of sexual harassment and bullying. —TheStar

Unsurprisingly, Uber will use their 21-day appeal period to challenge that ruling.

Uber has some 40,000 drivers on its books in the capital – many of whom moonlight away from other jobs – and shuttles around some 3.5 million passengers who use the app, figures show. —Independent

This raises a second question:

What about the UK’s Border Security, since so large a percentage of the violence is traceable to that sudden influx of people ‘fleeing wartorn countries’ like ‘Syria’? And can we finally admit that most of them are not ACTUALLY from Syria?

What about the police department that arrested a reporter in his home, in the middle of the night for trying to report on, and publicize the trials of a child sex trafficking ring?

And yet… British Police Just Imprisoned A Man For Posting Mean Things About Muslims On Facebook.

Does anyone remember this headline, from a decade ago? Police anger over ban on arrests during Ramadan — presumably you don’t arrest random citizens without cause. But during Ramadan, cops shouldn’t arrest ANYONE? Were they censured for failing to protect the public? 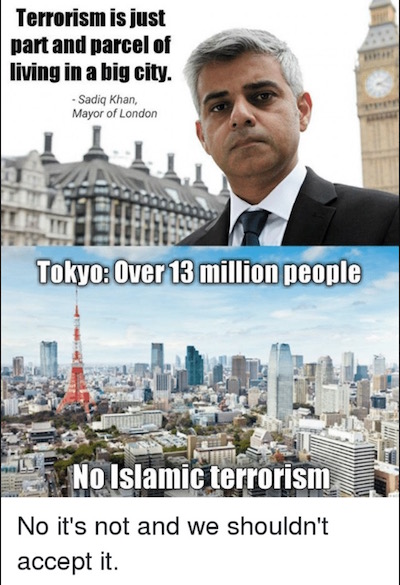 We don’t live there, obviously, we only know How much of the failure to report is REALLY because ‘they don’t care’…

…and how much is REALLY because the politically correct culture is stacked against them?

“Victims need to have confidence in the police and the criminal justice system that they will be believed when they come forward and given the respect they deserve and the support they need, wherever they are in the country.” –Guardian

Are the complainants afraid of facing ‘backlash’ if police don’t support the claims? If they are accused of being ‘Islamophobic’ the complainant can become the defendant in a hurry. Are even some cops (as has been suggested) nervous about pressing charges against ‘certain demographics’ lest they be accused of ‘profiling’?

There is one more issue at play. One that it is politically incorrect to mention because people tag it as ‘bigoted’ to even bring it up.

Not all cultures are guided by the same values. This isn’t a race thing or a religion thing — necessarily. This is a ‘values’ thing.

Here is a Dubai headline, for example, that you would NEVER see in New York, Chicago, or Houston.

Because in that country, a victim is more likely to face charges than her attackers.

If you can answer the question of ‘why’ that ‘cosmopolitan’ city is so out of step with the rest of the world on this issue, you will have begun to figure out why some cultures have casual attitudes toward rape.

Further reading: these guys break down the demographics of both Mainstream and Ride sharing employees. Since only the ride-sharing taxis have been shown to be problematic, some readers may find that breakdown interesting.

Maybe this problem goes deeper than business practices of a ride-sharing app, don’t you think?