When it came time to REALLY put their money where their mouth was, guess who came up #1?

If you’re a ‘deplorable’ from ‘flyover country’ this won’t come as a surprise to you.

But all those left-wing activists that call us out as the personal embodiment of evil are in for a shock.

Government is NOT carrying the lion’s share of helping people in the aftermath of these crazy storms.

In fact, 80% of the help had no connection to the government at all.

(That’s enough to melt a few leftist brains right there, isn’t it.)

It came from ordinary citizens. People who saw a neighbor in need, and jumped in to offer help.

Have you guessed yet, which group it was?

Christian non-profit organizations have outdone FEMA and provided the vast majority of the relief aid to victims of Hurricanes Harvey and Irma.

Faith-based relief groups are responsible for providing nearly 80 percent of the aid delivered thus far to communities with homes devastated by the recent hurricanes, according to USA Today. An alliance of non-profit organizations called National Voluntary Organizations Active in Disaster (NVOAD), 75 percent of which are faith based, has helped FEMA distribute relief assistance to communities hit by disasters and assisted families in navigating government aid programs to begin the process of rebuilding.

“About 80 percent of all recovery happens because of non-profits, and the majority of them are faith-based,” Greg Forrester, CEO of NVOAD, told USA Today. — DailyCaller 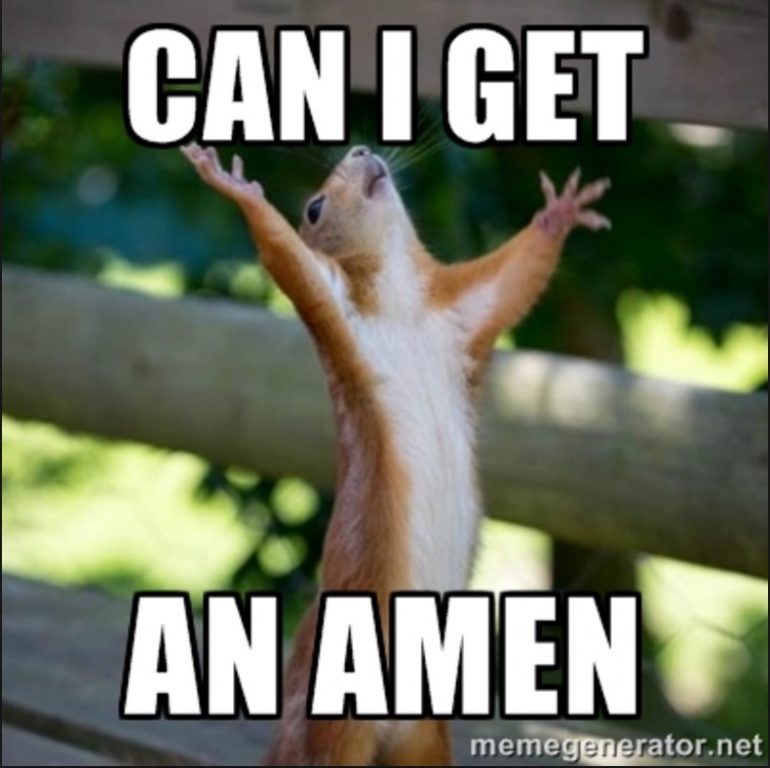 It’s almost like there’s some sort of a connection between what Christians believe, and they way they act.

So, what was that again about Christians being generally what’s WRONG with the world?

Modern Family Producer Tweets To Christians ‘F—‘ Off – Should We #BoycottModernFamily?

Or even this guy:

Sorry, Barry… Government isn’t the magical catch-all ‘solution’ you think it is.

In many ways, it is the problem.

And this crowd just showed what that looks like. Maybe if the government got out of the way more often and left more of our money in our own pockets, instead of trying to be all things to all people … they’d find that a lot of what they do is redundant.

The real heroes are the people who stand next to you in the grocery line. Whose kids go to little league with yours.

Who just want the government to stop asking for yet another pound of flesh.

Hmmmm… what must that say about them, then?