The same people who look for reasons to tell us how elegant Michelle is, never miss a chance to dump on Melania. What will they say about THESE pics?

The media POUNCED on Melania over the high heels and aviator glasses she wore onto Air Force One.

(As though women have any trouble changing shoes, or entire outfits, on an airplane.)

They are hypercritical. It might have something to do with the fact they look like this. Yeesh.

She works for a FASHION magazine? That alone should destroy their credibility enough to put them out of business.

So there was drama over her clothing.

You might remember when Melania was hammered for wearing a modest knee-length skirt to church. (How ‘inappropriate’!)

Meanwhile, the most recent EX-FLOTUS (whose praises they can never stop singing) was not censured for wearing this top in an Italian church earlier this year: 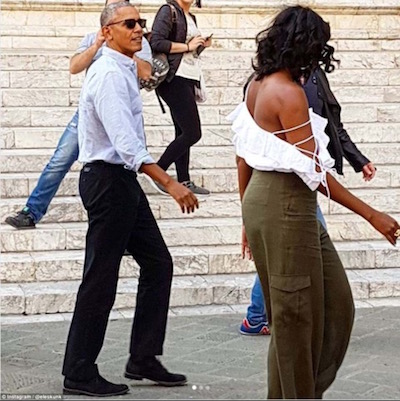 Should it surprise us that she’s not taking any flak for what she’s wearing now that she and her husband have joined the ranks of the idle rich?

The dress that shows her thigh, almost up to her ass — will that be immodest, or spectacular, in their reporting, do you think? 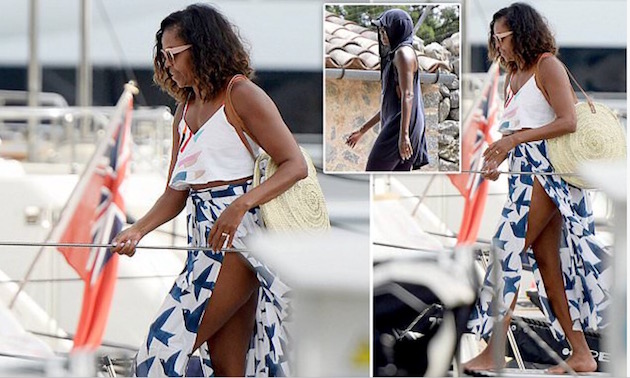 “Stylish: Michelle Obama looked ever the A-lister as she stepped out for a workout and a yacht trip in Mallorca, Spain”

What about the picture of her in that “I’m With Antifa” outfit? 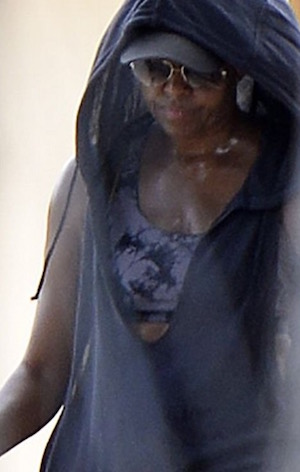 Even though Antifa just got classified as a terrorist group, the media have their heads so far up her backside that if she came out in something with the ACTUAL Antifa logo, we expect they’d start ‘praising’ her as ‘Queen Antifa’. 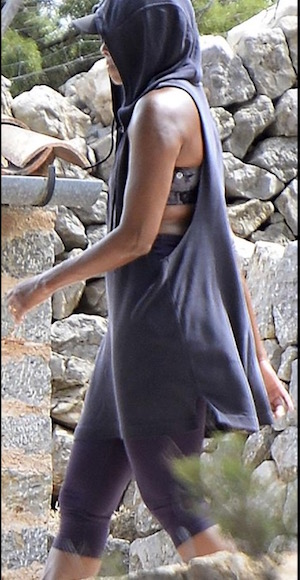 We still don’t see how anything in this photo set says ‘A-lister’, or why they clamor over her.

Except that her party affiliation is (D). And the media loves the D.