If you’re known by who your friends are, this says a lot.

Because of all the ‘bad things’ that America stands for. Or something.

He wore socks that mocked the police. (Presumably, if his house were robbed, he would not ask for their help?)

But somehow, didn’t think twice about wearing a shirt that celebrated a tyrant chilling with a violent racist.

So… he’s not that bright.

Since he’s not playing for anyone now, he’s got some free time on his hands.

(Leftists blame ‘racism’, while realists are blaming his crappy stats and injuries. Even Michael Vick came back after the dog fighting incident. Why? Because he could help his team win.)

Who is he hanging with now? He managed to find someone even more politically toxic than himself: 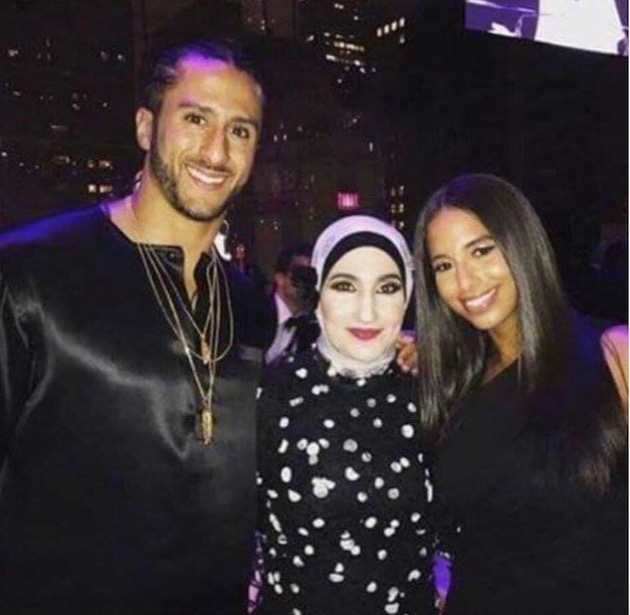 You may remember her as the woman who said this: 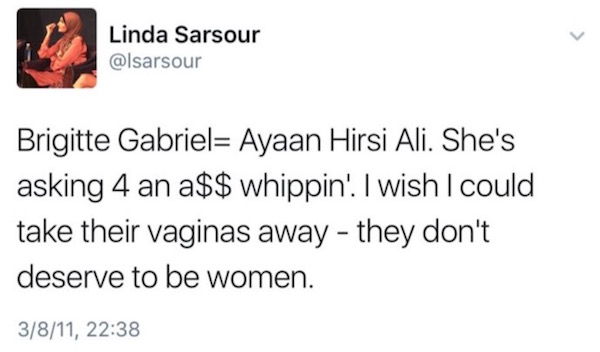 Ironically, one of Sarsour’s co-religionists actually did a significant part of Ayaan’s away already — she’s a victim of FGM.

She’s such a peach, ain’t she? Such a ‘defender of women’s right’?

Even Courtney Love called her out: 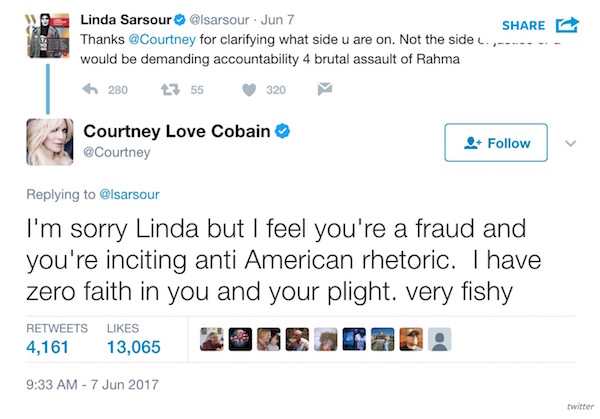 unfollowed. I won't follow anything thats being led by an anti-Semetic terrorist that's using feminism as a tool to promote her radicalism

Well, no WONDER he’s happy to chill with her.

Hey, why not? It’s not like he’s got any games to show up for.

Go ahead and nail those colors to the mast, Colin. It’s good for everyone to know exactly who you are.

But like you’ve been told before. You can be an athlete, or an activist. But you’ll have to choose.