You know the guy who sang that ‘Imagine’ song you love so much?

Wait until you hear what he said about your favorite hobby!

There’s a chasm of difference between the ideas Lennon had and the ones our audience shares.

A quick run down the lyrics of ‘Imagine’ is a good place to find the ‘Cliff’s Notes’ version.

That doesn’t mean he had nothing worth saying.

This quote, for example, is quite good: 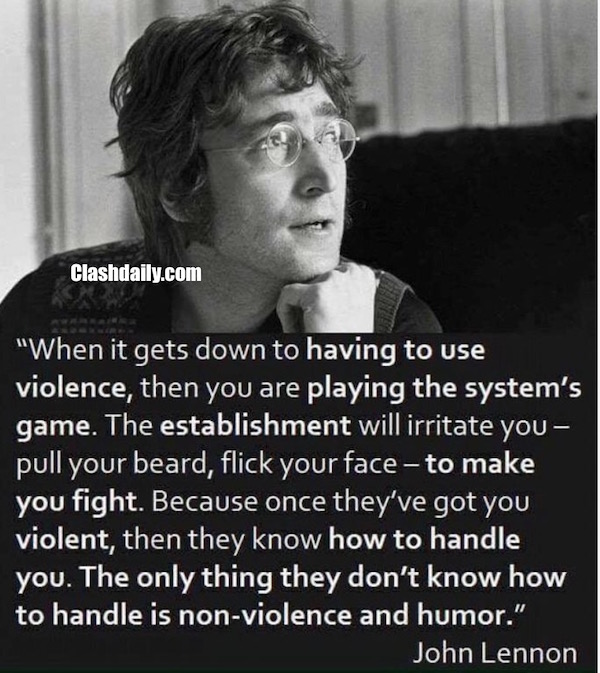 When it gets down to having to use violence, then you are playing the system’s game.

The establishment will irritate you – pull your beard, flick your face – to make you fight.

Because once they’ve got you violent, then they know how to handle you.

The only thing they don’t know how to handle is non-violence and humor.

Ouch! A stinging rebuke from someone on their own team! That’s gotta hurt!

Of course, the media, who bent over backward in their praise and protection of Antifa, probably won’t see the humor in a website like ours pointing this out.

Maybe they can ask one of the professors in their black masks to explain the irony to them.

Once they’ve put down the bike locks, and wiped the blood off from their peace marches, that is.

If that doesn’t help, maybe this song will.