This young lady proved EVERYONE wrong. Check out her cheeky response to the nay-sayers.

Phoebe, a young Australian woman, has had a hard time with her education. She was bullied, told that she should give up, and had insults thrown at her from many sides.

She was humiliated in front of a university class, told to quit by a high school teacher, and a parent didn’t want their child sitting next to Pheobe in elementary school for fear the child would be ‘become stupid too’.

She was told she was ‘only worth’ her ATAR score of 49. The ATAR is the Australian Tertiary Admission Rank, that rates students according to where they fall in percentile to their peers. The number is between 0.00 and 99.95. An average score on the ATAR is 70.

Despite the nay-sayers, she persisted in her educational dreams. 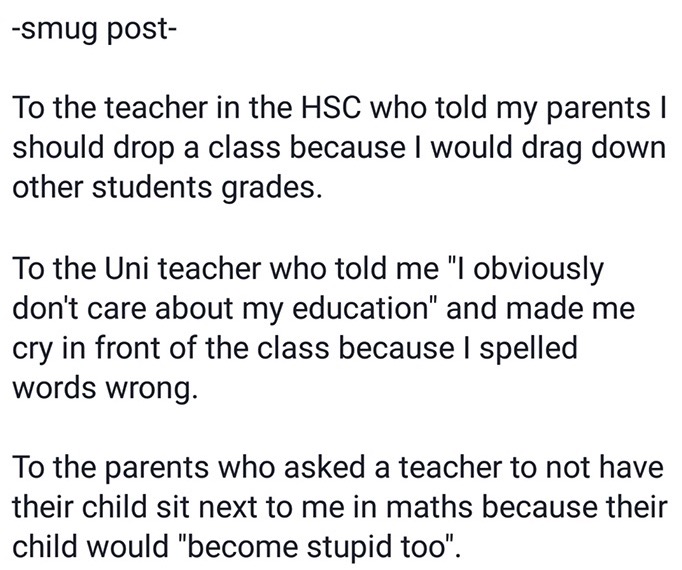 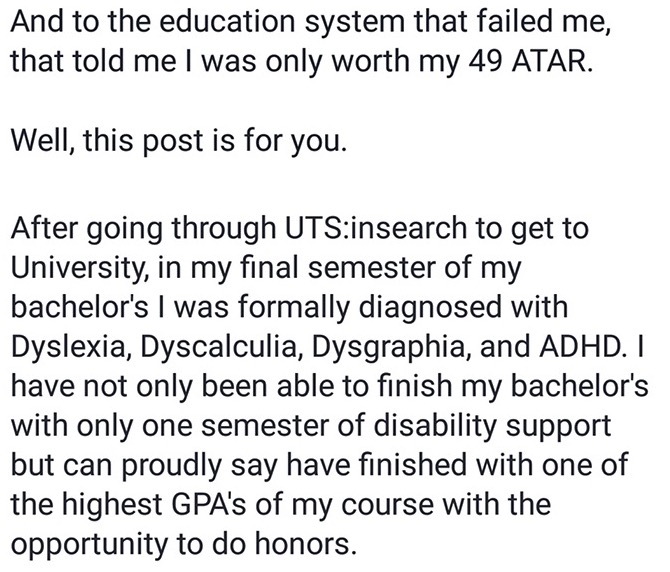 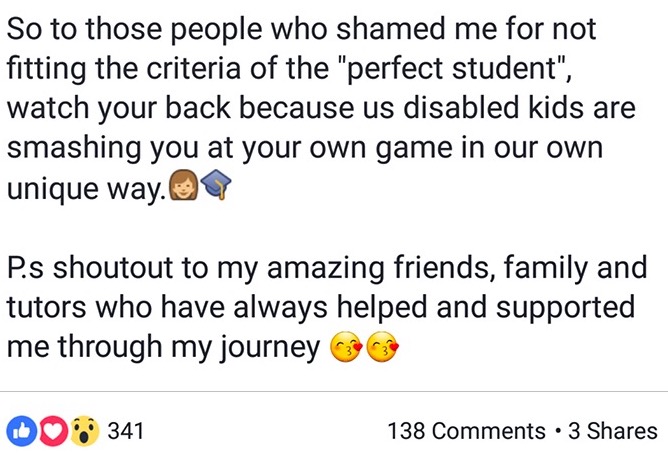 Would those same people that crapped on her see these results and believe it was the same girl?

In her final year of her Bachelor’s Degree, Pheobe was diagnosed with multiple learning disorders: Dyslexia – a reading disorder, Dyscalculia – a difficulty in understanding numbers, Dysgraphia – a disorder that affects the ability to write, and ADHD – which affects attention span and the ability to sit still.

She got the help she needed and she succeeded with the opportunity to do honors.

She’s doing her thing her own way, and it works for her.

With tenacity like that, the sky is the limit.

Many have found her an inspiration:

This girl is awesome.