They’re just a couple of TWINSIES! Maybe they can get matching outfits. They already had matching speeches.

1. They’re breaking the unspoken rule about commenting on the new President

Normally, former Presidents don’t usually comment on their successors, but Barry and Dubya have decided to forego the old niceties and attack the sitting president.

Because it would be wrong to name the President when you’re so obviously talking about him. Much better to hide behind a veneer of decorum while calling the man a bigot that fans the flames of hatred, amirite?

What these two don’t get is that this is part of why President Trump was elected.

Americans don’t want division — but they do want someone to call out the B.S. political correctness and end the quid pro quo in Washington. That’s exactly what President Trump is doing.

President Donald Trump, however, likely didn’t feel a thing. His entire political brand stands as a living rebuke to the political establishment that both men once led and to the traditionalists who believe his behavior is eroding the prestige of the presidency itself.

You know what? He’s speaking for MILLIONS of ignored Americans. And Trump supporters aren’t the racist bigots that the Media (D) keeps pushing.

It’s the forgotten Americans that work with their hands — tho ones that build things, that make things, that fix things.

The Americans that believe that there is a God and that this country was founded on Judeo-Christian principles. They believe that life is sacred.

Those Americans that were hurt by losing their health care coverage and their doctor under ObamaCare, and then watched as their premiums continue to rise.

Those Americans that believe in meritocracy, not racial quotas, because they believe, as Rev. Dr. Martin Luther King Jr. did, that people should be judged by ‘the content of their character and not the color of their skin.’

If that is the politics of division that these former Presidents are criticizing, then: 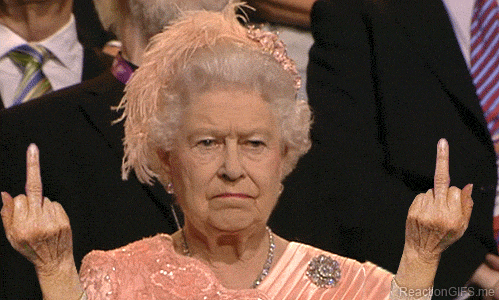 3. Both seem to have forgotten what it was like when they were in office

Perhaps Dubya has been browbeaten by leftists for too long.

President Bush seems like he is suffering Stockholm Syndrome — after being told by leftists that he ‘stole’ the election, then 8 years of being blamed for everything wrong in the universe, then 8 more years of Barry shirking his own responsibility for the state of the country he’s sounding just like his critics.

In New York, Bush delivered a strong indictment of Trump’s populist nationalism, condemning trade protectionism and bemoaning how politics had fallen prey to “conspiracy theories” and “outright fabrication.” He also warned of the impact of “bullying and prejudice” in public life. It was not hard to work out who he was talking about in one of his most vehement interventions in politics since he left office in January 2009.

Because we need to be concerned about the international community.

Have you ever noticed that the rest of the world (with the exception of Israel) is only concerned about taking down America?

See above (rather ironic) image of Queen Elizabeth II.

And then there’s Barry.

Obama, at the first campaign appearances of his post-presidency, warned about the tone and content of Trump-style politics — after spending several weeks watching Trump undermine his proudest achievements including the Iran nuclear deal and the Affordable Care Act.

Barry made a second stop in Virginia and doubled-down:

“We’ve got folks who are deliberately trying to make folks angry — to demonize people who have different ideas; to get the base all riled up because it provides a short-term tactical advantage,” Obama said, again without specifically naming the President.
Source: CNN

Oh, you mean like targeting Tea Party groups by using the IRS to squash them?

Barack Obama weaponized government against his political opponents. President Pen-And-A-Phone was totes kewl with working around the legislature to pass his agenda whether Americans liked it or not. He also apparently used government agencies to hide the Democrat ‘Russian collusion’ while pointing the finger at President Trump.

He also gave credence — repeatedly — to Black Lives Matter, that also has some members that are fine with inciting violence and riots. Obama has never condemned that.

Watch clips of the two speeches: 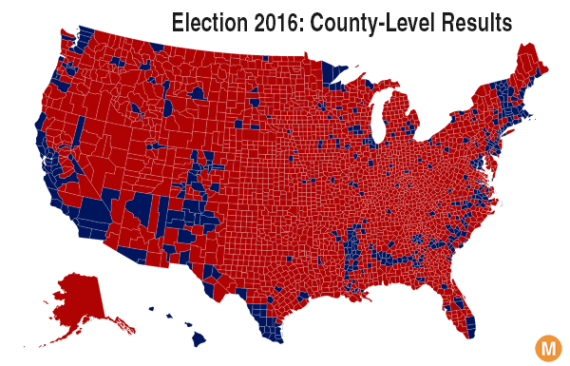 No matter how much the Media (D) and the former presidents say that the country is divided, we are still a united people.

Americans came together after the hurricanes, flooding, and that horrible Las Vegas Massacre. People weren’t looking to rescue and/or assist those with whom they had ideological agreement. We’re Americans and that’s just what we do.

So, just stop fanning the flames of division — it’s not President Trump doing it, it’s YOU.