It’s still too early to say if it’s true or not, but they sure are trying to lay claim to it.

There were a lot of unanswered questions as to what motivated a ‘quiet’ guy who had zero police history and no criminal record.

Unanswered questions about a guy who flew so far under the radar that people didn’t think they even NEEDED to find out anything about him.

He was — according to his brother — a guy who just liked to go to the hotels, casinos, and shows.

These guys think they know:

ISIS has claimed responsibility for the mass shooting in Las Vegas where 50 people were killed and more than 406 wounded, and said the attacker had converted to Islam a few months ago.

Stephen Craig Paddock, 64, a resident of nearby Mesquite, Nevada, opened fire on a country music festival taking place at Las Vegas Village from a room across the street in the Mandalay Bay Hotel just after 10pm on Sunday evening.

The claim by the terror group has not yet been verified and contradicts statements by Paddock’s family and police.

‘The Las Vegas attack was carried out by a soldier of the Islamic State and he carried it out in response to calls to target states of the coalition,’ the group’s news agency Amaq said in reference to the U.S.-led coalition fighting the group in the Middle East.

‘The Las Vegas attacker converted to Islam a few months ago,’ Amaq added.

Despite this claim, Clark County Sheriff Joseph Lombardo said investigations are still ongoing and police have not yet determined a motive.
Source: Daily Mail

Lombardo also said that it’s not believed that Paddock was connected to a militant group.

Paddock’s brother, Eric, says that the family is in shock and that he had no political or religious affiliation.

Sheriff Lombardo said that there were ‘in excess of 10 rifles’ in the room with Paddock and that he died of a self-inflicted gunshot wound.

His motives, when we learn them will make a difference. After all, we’ve already got people rubbing their hands in glee that it was a ‘white guy’ who did this shooting.

Because there will always — ALWAYS — be someone out there trying to work the political angles. Some of us still remember this horrible quote: 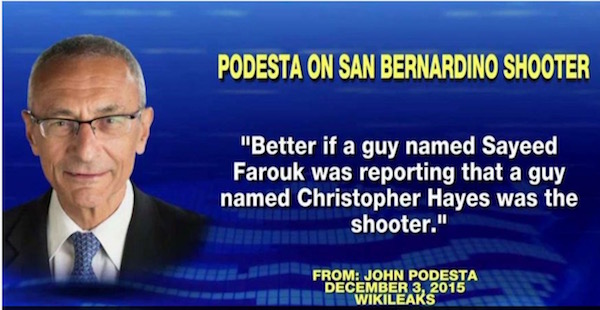 But the initial FBI announcement suggests no known connection between the killer and ISIS, but the investigation is ongoing, and they will make a thorough investigation to know for sure.

So, what do YOU think, Clash Nation?

Was Paddock REALLY ISIS-Affiliated, or are they just hijacking this tragedy?

Doug Giles is never shy to share his thoughts: