They sure love to pile on Melania, don’t they? Especially about what she’s wearing.

Maybe they’re still angry about how everyone was comparing her to Mrs. Kennedy at the inauguration. How dare they?

Don’t they know that ‘only Democrats’ get to be the ‘picture of grace and beauty’ in their pantsuits and dresses that look like recycled curtains?

They took a break from criticizing her sunglasses to comment on her dresses. But they’re still ‘dishing’ about her look. This is the look they’re talking about this time. 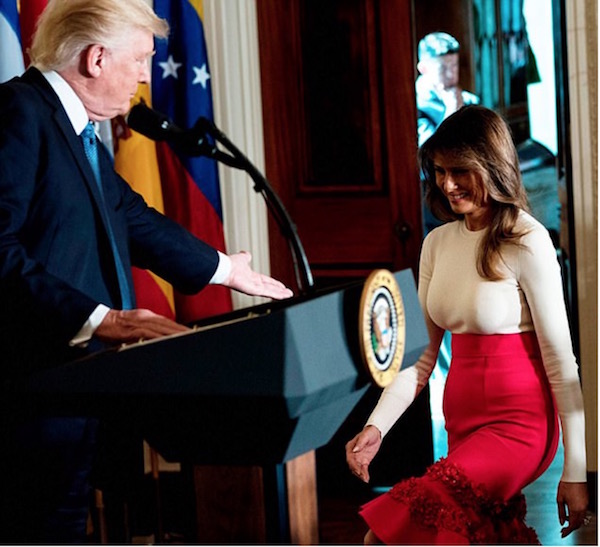 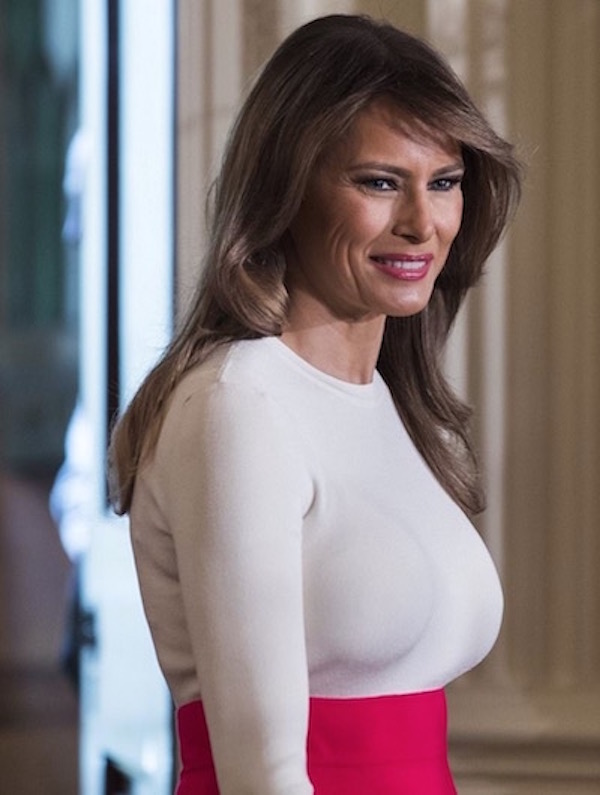 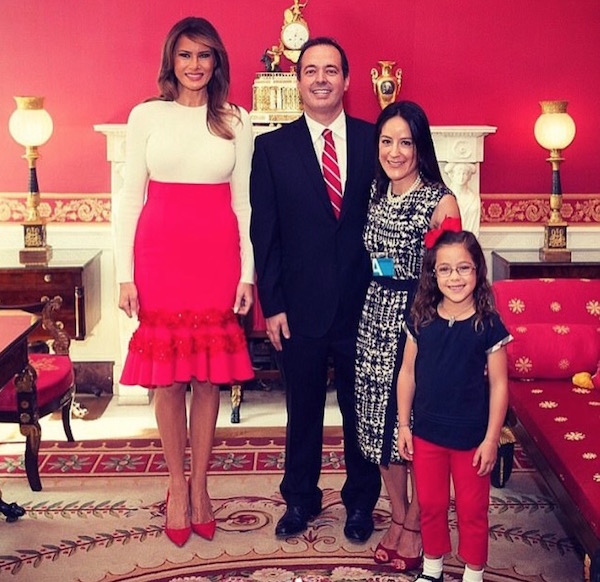 What do they have to say about her? Well, we’ll come back to that, but for context, let’s bring back what was recently said on the Jimmy Fallon show when Hillary blew into town to flog her book some more.

Thank you, Hillary, for always sticking to the issues even as people criticize you for superficial things like your hair, your wardrobe, and your appearance. You show girls everywhere that politics isn’t a popularity contest—because if it were, you would have won by about 3 million votes. —VanityFair

Great. So we want women to be judged by their substance, and not by superficial things? Got it.

The bottom half of the 47-year-old’s ensemble seemed inspired by Latin culture in her choice of ensemble, picking a bright red skirt with a ruffled mermaid hem that was reminiscent of traditional flamenco-style skirts.
Meanwhile, her figure-hugging off-white sweater was not dissimilar to the styles worn by ‘sweater girls’ like Jayne Mansfield, Marilyn Monroe, and Jane Russell, who sparked a trend in the 40s and 50s of wearing round-neck, skin-tight knits in order to emphasize their chests. –By CARLY STERN and CHARLIE LANKSTON

But… isn’t that exactly what Feminists said they WEREN’T supposed to be doing?

Does anyone remember language like that when we saw another FLOTUS coming out of a church wearing THIS? 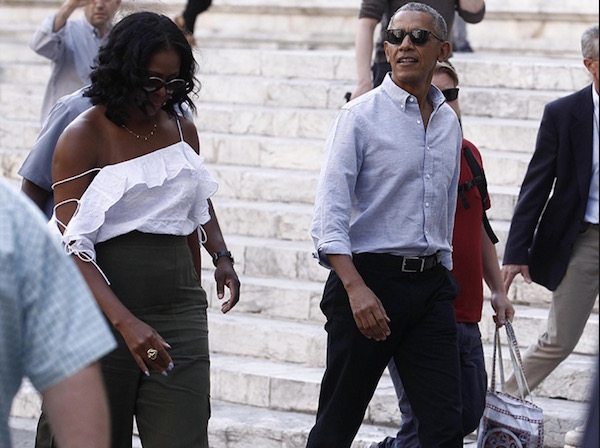 Yeah, that’s what we thought.