It only takes a well-placed pinprick to pop the liberal narrative.

You’d think these guys, when crafting a lie, would be careful not to make one that’s easily disproven.

But maybe not… after all, the left has had a lock on the media for so long, they thought they could say whatever they pleased.

That’s why Zimmerman could be excoriated as a ‘white Hispanic’ (despite his mother being Peruvian with some African ancestry) at the same time that any criticism of President Obama or his policies (who also had one white parent) was dismissed as racist.

For eight years, no mention was ever made by the media of Obama’s maternal ancestry.

The reason is obvious. Race is politicized, and worse, weaponized.

No wonder the Left loves to make sweeping claims about mass shooters being a ‘white male problem’.

It distracts from conversations about jihadis… or the mounting death toll in Chicago, etcetera. 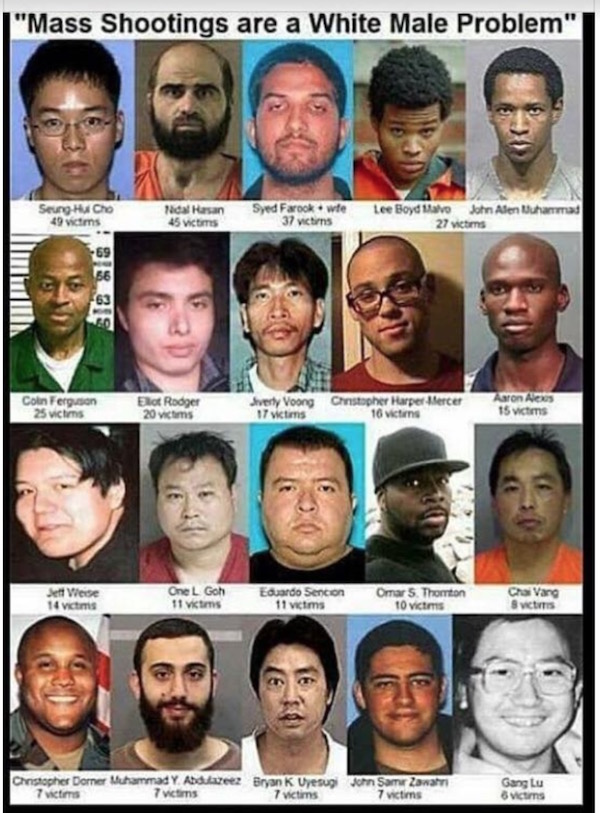 The Left’s knee-jerk reaction is to blame race.

But is that reaction right? Or fair?

Does it miss the REAL problem?

Of course it does.

But then, you know that, don’t you?