The pieces are slowly coming together. Some photos are being released. But there are still a lot of questions that need answering.

We had reports — the live audio even — of the moment police busted into the hotel room to confront the killer. But we were still wondering about who he was, and what they found once they got in there.

We have learned that his dad was once a bank robber on the FBI’s Most Wanted list.

The killer was a man with no known religious or political affiliation, a loner without any history of run-ins with the police suddenly became a household name for all the wrong reasons. Nor, for all the weapons he later surrounded himself with, did he have any military training.

His brother said he had done really well in real estate.

The retired accountant had worked as an internal auditor at Lockheed Martin for three years in the late 1980s, and was a manager and investor in apartment complexes located in Mesquite, Texas and California, which made him millions, his brother said, according to the Las Vegas Sun.
…Only his gambling habit stood out as unusual; Stephen would play $100 hands of video poker, and ‘once texted me a picture that he won $40,000 on a slot machine,’ Eric said.
Neighbors at one of his properties in Florida said that they had barely talked to him – that he gave them keys to check on the property, and would only turn up every three months or so.
When he did, they said, he would rarely be seen because he stayed up late at night playing poker online.
Law enforcement officials said that in recent weeks he had made a number of transactions in Las Vegas that were in the tens of thousands of dollars.
On some days he spent more than $30,000, and on others more than $20,000, according to an individual who had seen Paddock’s Multiple Currency Transaction Reports.
It’s not known whether he made money back on any recent bets, or lost it.-DailyMail

He was VERY heavily armed.

The hotel room alone would have looked like something out of Hollywood. Police recovered 23 firearms JUST from the hotel room. 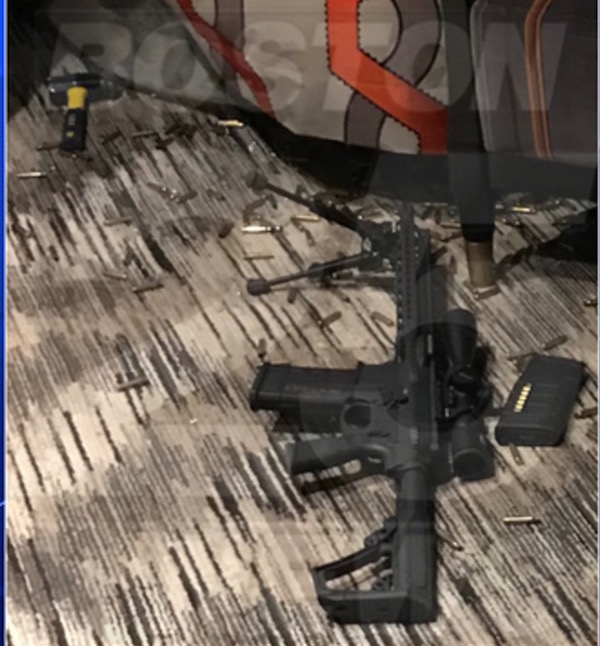 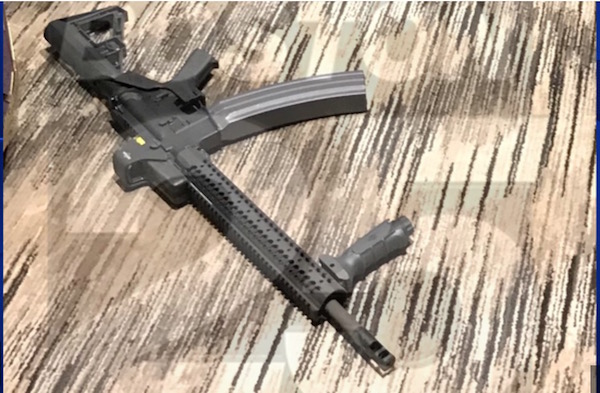 the Bump Stocks are significant. Because it is reported that they are how he managed that shocking rate of fire.

Bump stocks are simple pieces of equipment that replace the stock of a rifle and add a small “support step” in front of the trigger. The shooter rests his finger on this step and pulls forward on the barrel or forward grip to press the trigger against his finger. The recoil of the shot then propels the rifle backwards into a gap in stationary stock where the loose fit gives the rifle freedom to bounce forward. This, along with sustained forward pressure on the rifle, has the effect of ‘bumping’ the trigger back into the shooter’s unmoving finger. So long as a shooter maintains forward pressure, the rifle will continue to fire at a rate much faster than could be accomplished with even the quickest possible series of manual trigger pulls. —Popular Mechanics

Bump stocks explained in this video:

But that wasn’t the end of it.

His car had fertilizer in it — ammonium nitrate — the substance that so often is found in bombs.

There were even more weapons discovered in his home.

He may not have ‘been known to police’ but he sure was planning to become known.

With all those weapons, Doug has questions.  Are they things you’ve been pondering, too?