The more we know, the weirder it gets.

You’d think that as the investigation progresses, there would be more answers available.

That doesn’t seem to be the case here.

The more we know, the stranger this gets.

New photos circulating on social media made suggestions that Stephen Paddock may not have been alone in the hotel room before the shooting rampage.

It appears he had a guest join him for dinner if the room service receipt is correct.

Laura Loomer has tweeted out the images of receipts that were posted to Facebook: 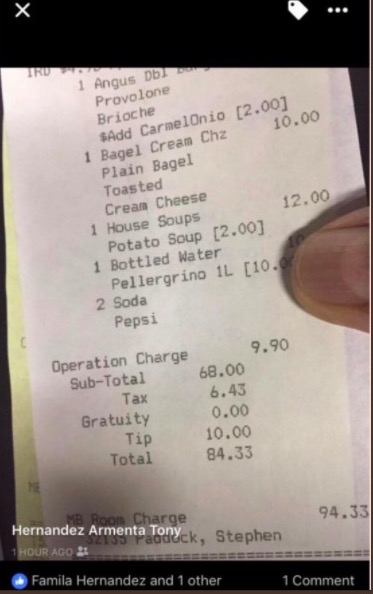 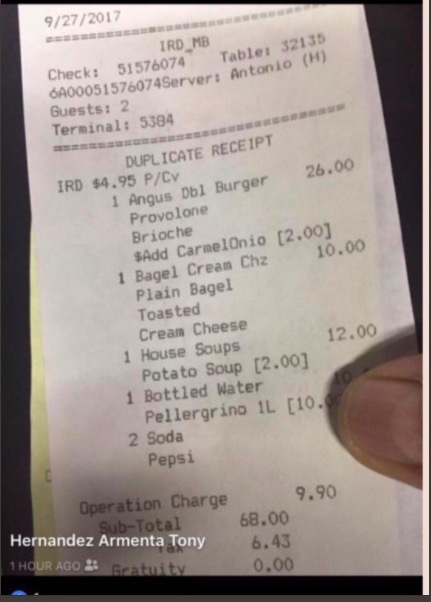 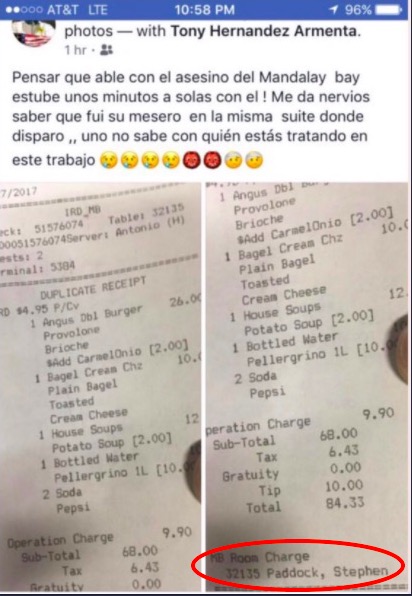 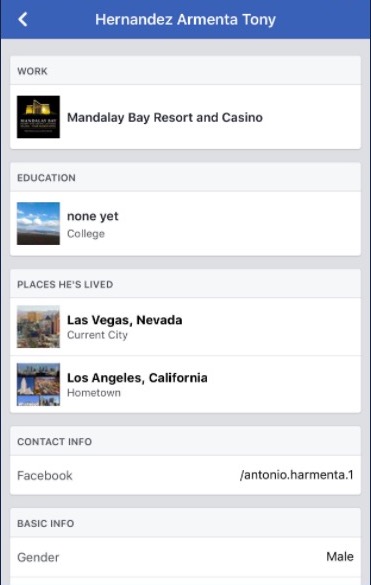 We know that it wasn’t his girlfriend, Marilou Danley, she was halfway around the world at the time.

Could it have been the weird woman in the crowd warning people that they’re going to die?

Room service receipts from the Las Vegas shooter’s stay at the Mandalay Bay resort and casino reveal his insatiable appetite – and raise questions about the official timeline of the massacre.

A man who works at the Mandalay Bay posted a receipt to Facebook Tuesday night, claiming that he served Paddock in his suite on the 32nd floor of the hotel.

The receipt shows that on September 27, Paddock ordered a large meal to his room including a burger, a bagel, potato soup, a bottle of water and two Pepsis.

Well, that’s not weird, is it?

Doug Giles has said that there’s something weird about the Vegas shooting:

Loomer has more questions. One of her sources say that Paddock had checked into the hotel on September 25 — three days before the LVMPD has said that he was: 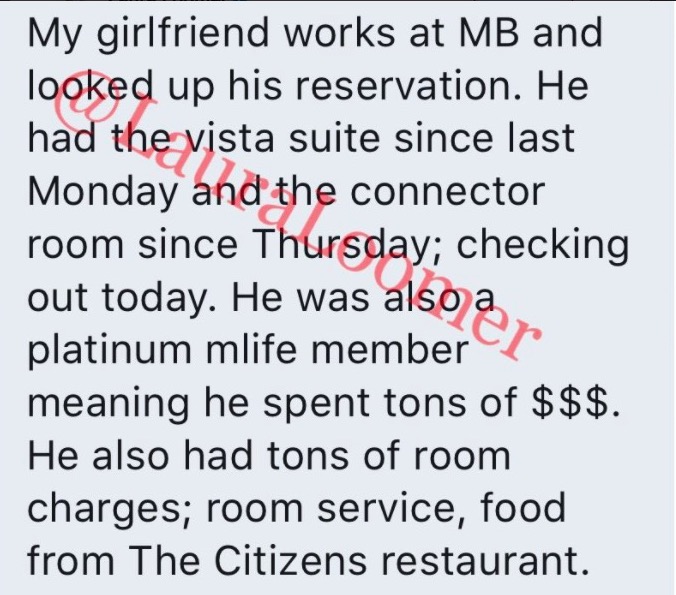 It seems that Paddock was virtually unkown in his neighborhood — even his next door neighbors didn’t know him.

By all accounts, Paddock was a man of few words who never sought to interact with others beyond his live-in companion, Marilou Danley, a 62-year-old former casino employee described by authorities as person of interest in the investigation.

Neighbors immediately next to Paddock’s mustard-colored stucco home, landscaped with stones and desert plants, displayed a sign on their door: ‘We did not know him.’

He didn’t chat with neighbors, participate in the activities offered by the retirement community where he lived, and was so quiet that one neighbor assumed that his house was actually occupied by ‘snowbirds’.

‘Nobody knew him. I literally never saw him,’ said a neighbor who lives two doors down from Paddock’s home and who declined to be named. ‘The house was so quiet, we thought they were snowbirds,’ he added, referring to retirees who spent the winter months in warm-weather places like Mesquite.

Neighbors say that the garbage was put out early before others were awake, and yard work was done by hired gardeners.

Paddock seemed to spend most of his time outside his house at casinos gambling, but again, he kept to himself. People remember his face, but not much else.

The 64-year-old would often stop at Starbucks, where baristas remembered him as quiet and ‘in his own world.’

And according to one barista, Paddock appeared ‘rude’ when he ordered a Mocha Frappucino for Danley, instead of letting her order for herself.

‘He didn’t let her talk,’ the employee said.

He was a bit more chatty with the people that delivered his Domino’s Pizza order:

Sometimes he would tell the delivery person he was trying to lose weight and the pizza was only for his companion.

Domino’s employee Jessie Givens recalled that Paddock would joke to her: ‘It’s not fair! She gets to eat pizza – and I don’t.’
Source: Daily Mail

So, if it wasn’t Marilou Danley that was with him at Mandalay Bay on September 27, who was it?

And why the weird, seemingly off timeline given by police?

It’s still unconfirmed that he had someone else in the room with him.

Investigators say that because Paddock used his girlfiend Danley’s ID to check into the hotel and that may have been what caused speculation that there were two people in the room. Danley, however, was out of the country at the time.

With all the reporting on this shooting, it’s leaving more questions than answers.

We need some clear answers to do our best to make sure tragedies like this are avoided in the future.

But while we wait for all the facts to come in, let’s give some kudos to some of those heroes that go unnoticed:

You’ve been waiting for it and it’s finally here!

The new tome by Doug Giles is guaranteed to bring a Patriotic tear to the eye of those that love God, Country, and Freedom.