Parents and students were shocked at one of the multiple choice options for question 1 of the quiz.

Seriously, this was the first question.

According to Jackson Hole News and Guide, one parent in the Teton County School District No. 1 in Jackson, Wyoming, was stunned when he saw a possible multiple choice response to an online quiz question given to a High School English class.

The question reads, ‘Napoleon has the gun fired for a new occasion. What is the new occasion?‘

The first possible response is, ‘He was shooting at Trump‘.

The image was captured by a student. 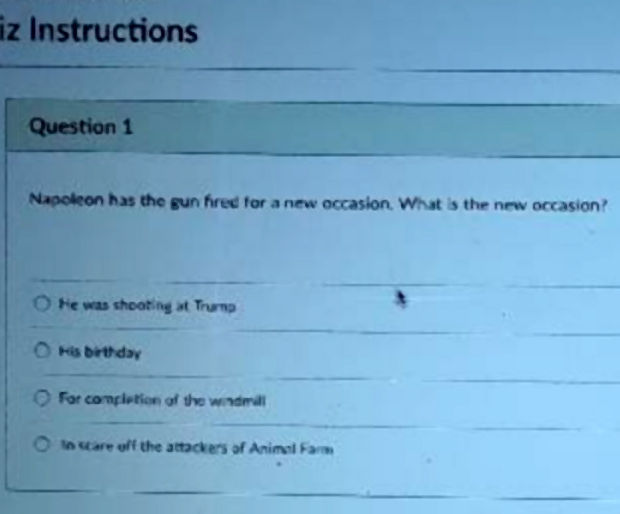 Jim McCollum said that he had to read the question two times because he couldn’t believe what he was seeing after his son, Rylee McCollum, a junior, showed him the question from an online English quiz.

McCollum is a conservative and had voted for President Trump, though he sometimes ‘cringes’ at what the President says.

He also says that it’s a matter of respecting the office, and any reference to shooting a President is inappropriate for a high school English quiz.

McCollum — and many other parents — are concerned about the increased political climate in the classroom that students are subjected to.

He says that the ‘liberal bias’ prevalent in the schools are making conservative students feel like outcasts and is inhibiting their ability to learn.

Considering that Wyoming voted overwhelmingly for President Trump on November 8, it’s no wonder that he’s concerned. 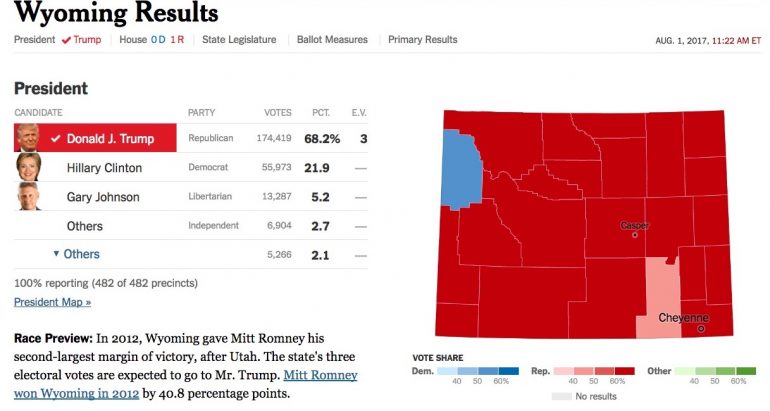 Hillary garnered a measly 21.9 percent of the vote, while President Trump more than tripled that at 68.2 percent.

McCollum says that his son is very patriotic and supports the country and the military. Rylee plans on enlisting in the Marines unless he gets a wrestling scholarship.

Rylee told his dad, ‘They crapped on everything I believe in’.

McCollum also said that Rylee really likes the teacher in question, Carin Aufderheide, and thinks she’s a ‘terrific person’ and was stunned and disappointed that she would do this.

The quiz has been taken down.

But is that enough?

In a twist of irony, the quiz was on the dystopian novel, Animal Farm, by George Orwell, which is an allegory based on the rise of Communism in Russia. The novel critiques the idea that communists overthrew the capitalist system — they just established their own system and changed language to keep themselves in power.

The most famous line is: 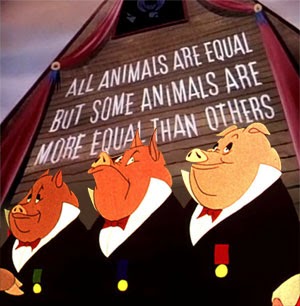 Isn’t that what the Democratic Party is advocating for these days?

And, can you think of a better example of why school vouchers are the way to go?