The NFL fumbled the anthem issue, and it’s become a PR dumpster fire.

Maybe the lame tv ratings, brutal opinion polls and empty seats could serve as a clue, but fans have had enough.

Hey NFL — didn’t you get the memo? Fans have a message for ya!

We get bludgeoned with politics and stupid grievance-group divisions from the workplace to the campus, our movies and every little bureaucratic decision.

We’re constantly hit over the head with battles over pronouns, bathrooms, debates about whether milk is ‘racist’. Getting called misogynists by the same people that were ‘besties’ with alleged serial predator Harvey Weinstein.

Sports were the one place we could leave that all behind.

So, what did the league do when players decided to politicize the league?

You chose them. Over your fans.

We’re profit, they’re overhead and you chose … the players???

Good luck with that, because so far, that’s not working out very well for you. What with all those fans cleverly disguised as empty seats. 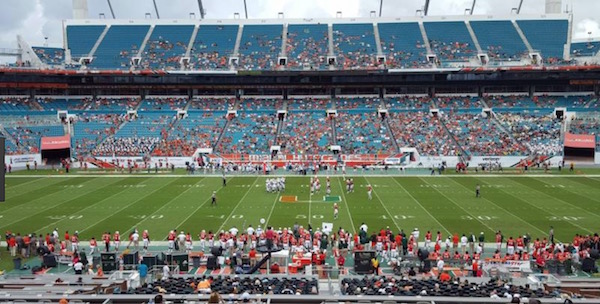 And if you want to tell these clowns exactly what you think of them? You can wear it proudly!

A shirt that aptly describes the NFL — No Fans Left, or what the league should be named WTF.

Buy them now at Keep and Bear.