Can’t you just imagine Acosta rubbing his hands in glee over this one?

These folks on the left are like a dog on a bone looking for something — anything — to nail Trump with. Especially now that Obama, Hillary, the DNC, and even the FBI have run into some credibility issues of their own.

Donna Brazile’s ‘bombshell’ (the one the rest of us have been discussing for more than a year), Team Clinton’s Russian Uranium connections and big paydays for the Clinton foundation, FBI knowing about Russian attempts to bribe their way into the Uranium trade since ’09 — long before Obama’s ‘flexible’ hot mic moment with Russia, or his mocking of Romney for naming Russia as a geopolitical threat.

Nope. None of those things are of much interest to the ‘Mainstream Media’. And why would they be? We’ve seen the quotes telling us how they had ‘anxiety attacks’ and needed ‘comfort food’ after Trump won. They are Democrats armed with press passes. Nothing more.

Can you imagine the glee when they learn about photo evidence connecting Trump to an operative in the Russian Navy?

A nuclear submarine captain, no less! 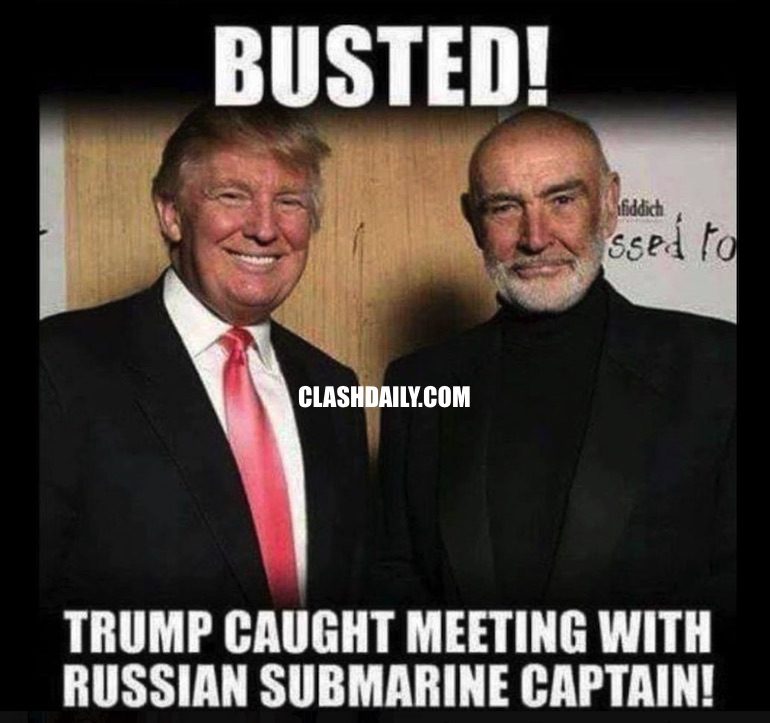 He’s in a photo with Crazy Ivan!

Oh wait. That’s Sean Connery. He was James Bond, too. So is this a picture with a British Spy or a Russian Sub operator?

Or is he just a really great actor in a photo with now-President Trump?

Neither of them are exactly the ‘sit on a rocking chair and remember the old days’ types, are they? So why should any of the REST of us be, either?

HCQ ‘study,’ retracted this week, was absurdly suspect from the beginning – yet got WHO clinical trials shut down
June 6th, 2020 Liberty Unyielding

The Lid Exposed Helen Thomas A Decade Ago-And The MSM Is Still Protecting Her
June 4th, 2020 The Lid