Are you worried about the future?  If you are, you have good reason.  If you’re not — check this out and you might rethink that.

We live in the freest country on Earth, but the millennial generation with their iPhones, ‘Che’ shirts, and their organic fair-trade coffee, love to benefit from the free market while they want to dismantle it.

A majority of millennials would prefer to live in a socialist, communist or fascist nation rather than a capitalistic one, according to a new poll.

In the Victims of Communism Memorial Foundation’s “Annual Report on US Attitudes toward Socialism,” 58 percent of the up-and-coming generation opted for one of the three systems, compared to 42 percent who said they were in favor of capitalism.

Why is this happening?

Partly, it’s the Media (D) and the celebrities that are pushing the leftist agenda.

Another reason is that millennials feel ‘burdened’ by the economy and feel as though America’s economic system is ‘working against’ them.

A big chunk is our public edumacation system, and the heavily left-tilting colleges and universities.

“This troubling turn highlights widespread historical illiteracy in American society regarding socialism and the systemic failure of our education system to teach students about the genocide, destruction, and misery caused by communism since the Bolshevik Revolution one hundred years ago,” Mr. Smith said in a statement.

Millennials are more likely to prefer socialism and communism than the rest of the country. Fifty-nine percent of all respondents chose capitalism as their prefered arrangement, compared to 34 percent who said socialism, 4 percent fascism and 3 percent communism.

And these millennials love them some murderous dictators, y’all!

Some of communism’s luminaries are admired by millennials. Thirty-one percent said they have a favorable view of Che Guevara, 32 percent of Karl Marx, 23 percent of Vladimir Lenin and 19 percent of Mao Zedong. Joseph Stalin is viewed favorably by just 6 percent.

Shockingly, millennials were having difficulty defining both socialism and capitalism.

In the poll, 33 percent of millennials were able to correctly define socialism, and just 51 percent were able to define capitalism.

If nearly half of millennials don’t understand the economic system of free markets, private ownership, and the rule of law — a system that the country they live in follows — we are totally screwed.

These people might leave their parents’ basements long enough to go out and vote.

Bernie Sanders might have been the Democratic nominee if Hillary hadn’t rigged the primary.

Of course, the irony is that Bernie got a big real-life lesson in socialism when some of his votes were given to Hillary.

But then, maybe there is hope after all. 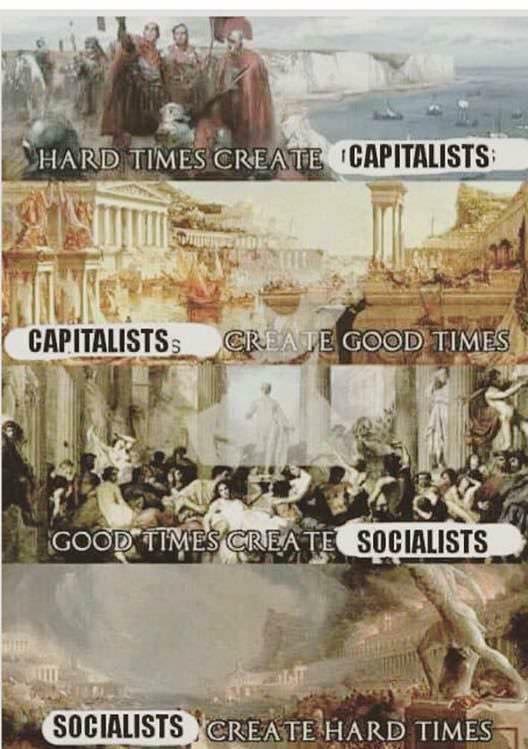 Ain’t that the truth.

Maybe these millennials could stop crying into their $12 latte and look up from their phone long enough to learn a little history.

Maybe they just need a little chat with Grandpa.

The Beginning Of The Biden-Harris Administration’s War On Christians
January 26th, 2021 The Real Side With Joe Messina