These are the same people that were rooting for Hillary because it ‘was time’ for women to get the respect that they deserve.

That seems to be a crock of crap now, doesn’t it?

Why is it that the ‘feminist men’ are the ones that are the twisted perverts?

The ‘I’m With Her’ crowd seems to be pretty creepy if you ask me.

Are you really that surprised?

These are the same jerks that gave Bill Clinton a pass for decades — but are turning on him now.
Al Franken seems like he has a real problem with grabbing women’s breasts and backsides.

Is it just me or are so-called ‘feminist men’ some of the creepiest people out there?

Doesn’t that mean that they’re just horn-dogs that want to see women naked, have sex with them, and kill any baby that might result?

Kinda sounds like they just agree with women because they only value them for one thing. 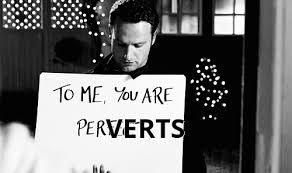 Yesterday, another woman came forward to accuse Franken of groping her, but this time it wasn’t in his life as a comedian, it was in 2010, after he became Senator Al Franken.

And now, photos of Al Franken with Arianna Huffington are being viewed in a new light.

A source at the shoot told the Post, “Franken was clowning around, but it really isn’t funny. That’s his tactic,” the source added, “pretend like it’s all a big joke.”

The Post’s source further claims that Franken’s groping made the former media mogul uncomfortable. “Arianna was pushing his hands away. He was groping her. There was some fun attached to it, but she wasn’t enjoying it. She definitely told him to stop and pushed him away.”

But Arianna came to her friend’s defense and is disputing the claim that she was uncomfortable being pawed at by the über-creepy Franken.

In a statement to the Post, Huffington disputed that interpretation, saying that she has been friends with Franken for 20 years and that he did nothing wrong during the shoot, “The notion that there was anything inappropriate in this photo shoot is truly absurd.”

Huffington explained that the photo shoot was a tribute to a television skit she and Franken did a few years earlier on Bill Maher’s Politically Incorrect. “Al and I did a comedic sketch for Bill Maher’s ‘Politically Incorrect’ called ‘Strange Bedfellows,’ in which the whole point, as the name makes clear, was that we were doing political commentary from bed. This shoot was looking back at the sketch, and we were obviously hamming it up for comedic effect.”
Source: Breitbart

Sorry, I’m not buying it, Arianna.

It’s been reported that she covered up sexual harassment complaints at the Huffington Post.

Whoa! Looks like the fake feminists are everywhere, don’t you think?

Here’s a rather damning snippet from that Gizmodo article:

…By turning a blind eye, she bore ultimate responsibility for any issues that arose under her leadership. While she may proclaim herself a feminist, her failure to foster a safe work environment for women junior to her makes that proclamation empty and seemingly simply a tool to further her brand and her career. There is baffling hypocrisy in asserting that a healthy work environment is crucial when you have willfully ignored a toxic culture that thrived under your leadership. Huffington had the power to set an example—but she didn’t.
Source: Gizmodo

How is this any different from what Hillary did when she called the popping up of Bill’s many accusers ‘bimbo eruptions’ and a young intern a ‘narcissistic loony toon’?

She excused the behavior and victim-blamed.

Huffington doesn’t want to sully her name, but the women that work for her can be groped and harassed as long as it gets her leftist agenda pushed forward.

Al Franken was a not-funny comedian that used his pseudo-celebrity status to market crappy books that now have unbelievably ironic titles.

This one is being re-released with the missing word ‘Pervert’ between ‘Giant’ and ‘of’: 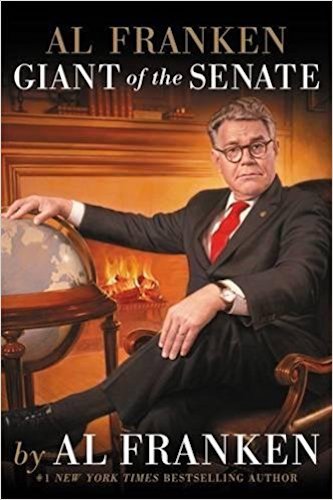 I believe he’s going to repurpose this one as an Autobiography: 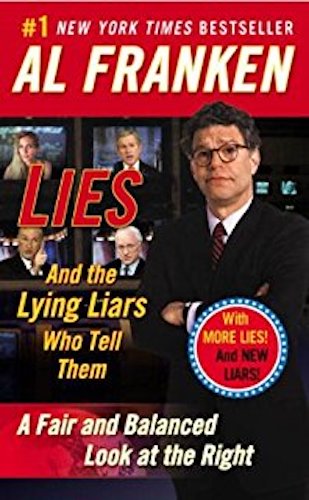 And this one is going to be scrapped altogether because it’s completely fabricated: 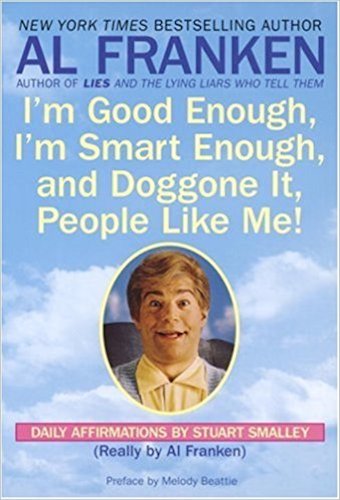 Speaking of good enough, smart enough, and liked by people…

Leftists had mocked and vilified Vice President Mike Pence for his ‘sexist’ rule of not being alone with a woman that isn’t his wife.

The New Yorker:
Mike Pence’s Marriage and the Beliefs That Keep Women from Power

The Washington Post:
Pence’s unwillingness to be alone with a woman is a symptom of a bigger problem

L.A. Times:
Mike Pence won’t dine alone with a woman who’s not his wife. Is that sexist?

Now that Hollywood, Washington, and the Media (D) are crumbling with the weight of allegations of sexual misconduct, it, uh, kinda seems like a good rule to have these days, doesn’t it?

The Bible, which Mike and Karen Pence use as a guidebook for life, says that Christians are to flee even the appearance of evil.

Only people that have something wrong upstairs could think that protecting yourself and the person of the opposite sex from any allegations of impropriety is ‘sexist’.