Kids really do say the darndest things. The Media (D) that were present didn’t expect them to say THIS about the First Lady…

You know they would NEVER have said the same about Michelle Obama.

It probably wouldn’t have even occurred to them.

ClashDaily has reported on Melania’s fantastic fashion sense and her subdued, elegant sense of style that has spread to Europe’s royals.

And we’ve even discussed who is more winsome, Melania or Michelle.

It looks like these schoolchildren have locked in their vote, and it isn’t for MO.

A number of schoolchildren were greeted by the First Lady at the White House for a Christmas event.

The children were awestruck as the gorgeous First Lady entered in a simple, off-white Christian Dior dress with a thin gold belt and gold stilettos.

When First Lady Melania made her graceful entrance, the children were stunned.

‘You look like an angel!’ says one of the children.

Gee, I wonder why that was… 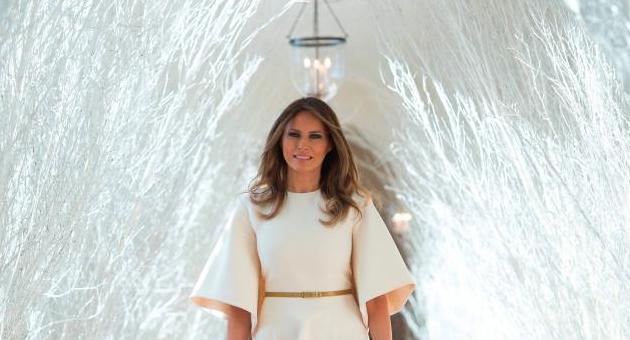 The First Lady then greeted the children with smiles, thanked them for the compliments, and embraced them.

The angel comments were made by several children and went on for some time. 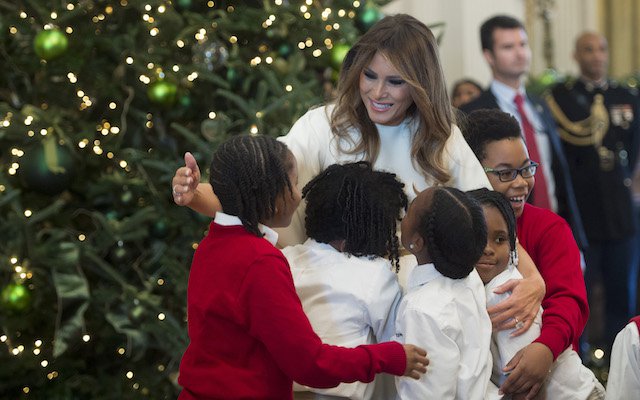 You can hear the kids speaking about the First Lady on the video here:

“Are you the first lady?!” a boy asked as he embraced Melania Trump during a White House Christmas event.

“She seriously looks like an angel,” another child said https://t.co/mRDUlWZ3kl

Somehow, I don’t think that they would be saying the same about Michelle, do you?

Press Secretary Says Biden Has ‘Bigger Issues’ After Being Caught Maskless on Federal Property – A Violation of His Own Executive Order
January 23rd, 2021 The Mental Recession