When Liberal sacred cows collide, one of them is bound to get BBQ’d. But NOTHING excuses this outcome!

Q: How can you know liberal ‘values’ are arbitrary and built on a foundation of lies?

A: Easy. They can contradict each other, and step on one another’s toes. And when that happens, one of them has to get kicked to the curb.

In the (supposedly) ‘glamorous’ and ‘awesome’ world of ‘sex work’ … there is trouble in paradise.

One 23-year-old ‘performer’ is now dead. And there is talk about it having been suicide.

Those close to Ames, however, believe that she had taken her own life, telling online publication The Blast that she was prone to depression.

A recent online incident may have triggered the suspected suicide, sources close to the Ames said. 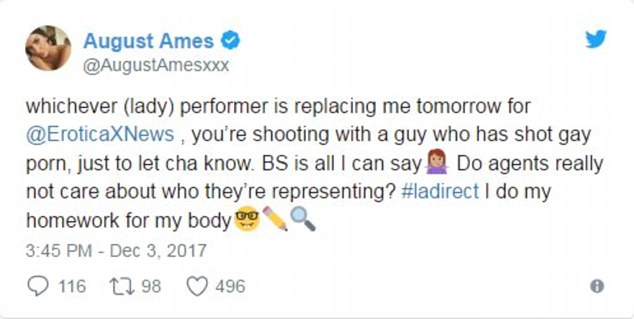 She was immediately branded with one of the most socially crippling labels society can throw at a person right now.

Ames claimed that medical testing was different for straight vs gay sex scenes, and did not want to participate.

Some male performers in the adult film industry do both gay and straight scenes for extra money, a practice known as ‘crossing over.’

According to the Daily Beast, the practice is relatively common but fairly taboo.

A majority of female performers are apprehensive about doing scenes with male co-stars who have a history of gay pornography in their resume, believing it exposes them to a higher risk of contracting HIV.

What was her objection? Safety. And even more than that… ‘her body her choice’.

Gee, what would POSSIBLY have stoked her HIV concerns? Is it ‘homophobic’ to have that view? 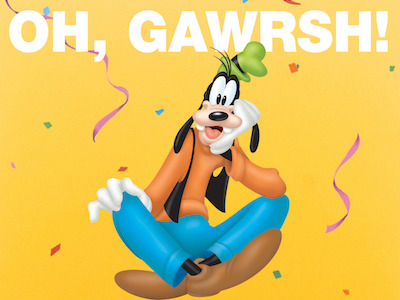 Then science and the CDC must ALSO be homophobic.

Worse than that, so long as someone is tested as being ‘below a detectable viral load’ infected people don’t even have to legally declare themselves as an HIV carrier.

Here’s what Ames was subjected to: 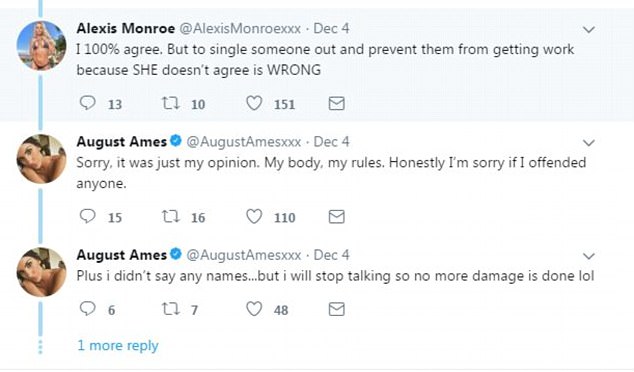 Notice the dates on these tweets? She was declared dead on Tuesday, December 5th.

Where was Dan Savage’s ‘It gets better’ Bullying campaign when she needed it? Oh right… he himself was perfectly willing to bully anyone who didn’t toe the line on every LGBT issue. So, in all likelihood, he would have given the abuse she took a big thumbs-up.

Here’s what Jenna Jameson said about her own experience with the bullying tactics of the LGBT’s ‘gaystapo’.

Camarillo police said that Ames was pronounced dead at the scene, noting there had been no indication of foul play.

Police did not give a specific location on where the 23-year-old had died.

‘She was the kindest person I ever knew and she meant the world to me,’ her heartbroken husband, Kevin Moore, told industry trade magazine Adult Video News.

‘Please leave this as a private family matter in this difficult time,’ he added.

Born Mercedes Grabowski in Nova Scotia, Canada, in 1994, Ames had found her way into the adult-film industry in 2013 following a short stint in the food service industry as a bartender.

In her brief four-year-career, Ames starred in more than 270 films and nabbed a nomination for Best New Starlet at the 2015 AVN Awards.
Source: Daily Mail

That’s an average of one film, having sex with strangers, every five days.

If only she’d met this Pastor and former adult film star or the XXXChurch, perhaps she would have had found some hope.