You remember these women from a year ago when they were trotted out right before the Election?

And then President Trump won and they all vanished.

Well, right before another election, they’re being trotted out again.

Trump said in a tweet that the women accusing him of assault were peddling ‘fabricated stories’ and ‘false accusations’ and he did not know or had not met them.

The White House also denied that the president had ever inappropriately touched the women who came forward during the election but re-emerged on Monday to demand action. Trump’s spokeswoman said from the White House podium that the ‘allegations are false.’

Democratic lawmakers such as Sen. Kirsten Gillibrand have demanded that Trump resign and joined the women in pushing for a Capitol Hill investigation.
Source: Daily Mail

What do you think? Should they be ‘heard and believed’ just like the #MeToo movement advocates?

Or are they just making accusations to sabotage the President’s First Term in office?

Here are the two arguments.

As uncomfortable as it might be to consider, the problem that many on the right had with President Trump was his ‘questionable’ morality — especially when it came to women. He’s thrice married and was embroiled in an affair that ended his first marriage and resulted in his second. He’s been on the Howard Stern show multiple times and hasn’t shied away from talking about raunchier subjects.

Then these women came forward and have accused Donald Trump of inappropriate sexual behavior.

Add that to the Access Hollywood tape — where he’s admitted to groping women and kissing them without their permission — and that seems legit.

President Trump, however, denies even knowing some of the women that are coming forward. 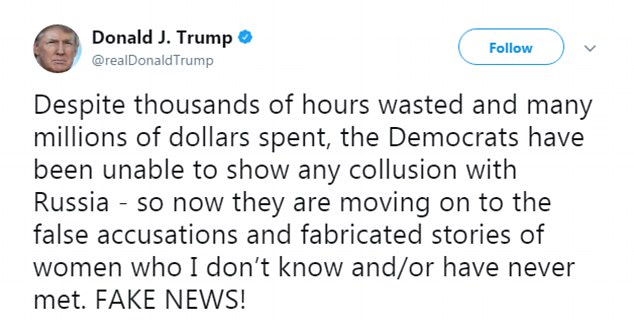 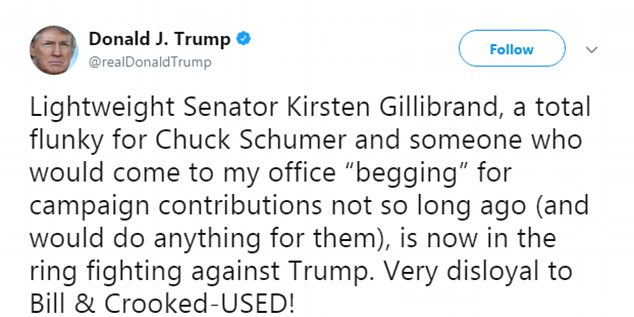 2. It’s all a political move

Now that the Democrats can claim that they’ve ‘cleaned house’ and have tossed Al Franken, John Conyers, Anthony Weiner — and even Bill Clinton 20 years too late — under the bus for their own political advantage, they’re using the #MeToo movement to go after Republicans.

The Democrats have been painting themselves as the ones that are taking the issue seriously (finally) and are getting their house in order, while the mean, old misogynist Republicans don’t lift a finger in that direction.

What’s worse is that the Republicans are even willing to embrace into their fold Roy Moore, a Bible-thumping, far-right candidate that has had allegations of sexual misconduct leveled against him. The Democrats figure that if they can get a win in solidly-Republican Alabama, and fill the seat that was held by AG Jeff Sessions with a far-left no-limit on abortion activist like Doug Jones, then 2018 is looking pretty good.

Then there’s this interview of Bill O’Reilly by Glenn Beck:

Bill O'Reilly reveals he has secret tape of someone offering $200,000 to a woman to accuse Trump of sexual harassment. pic.twitter.com/smPjPyqcIw

So, which do YOU think it is?

US Could Soon Be Involved In Wars In Taiwan, Ukraine & The Middle East Simultaneously
April 13th, 2021 Sons of Liberty Media