Disney’s new addition to the Hall Of Presidents looks a little bit odd. And we think we know why.

They got his voice right — of course they did, they recorded his actual speech.

Did they capture some of his mannerisms properly, the hand movements?

Considering we’re talking about animatronics, they did a pretty good job of it.

But there’s something about it that isn’t… quite… right.

The face isn’t even close. It looks like somebody, sure. But not ‘The Donald’.

Madame Tussauds, they are not. In fact, Madame Tussauds was quick to say so and openly mock Disney’s half-assed likeness of the 45th President.

ME AT THE START OF 2017 VS ME NOW pic.twitter.com/ydZsTNNAjT

People have compared it to Jon Voight.

Even ‘Teller’ From Penn and Teller or David Cassidy bear a closer resemblance to Disney’s creation than our 45th President does.

There’s one other comparison people are making that could actually explain what happened. 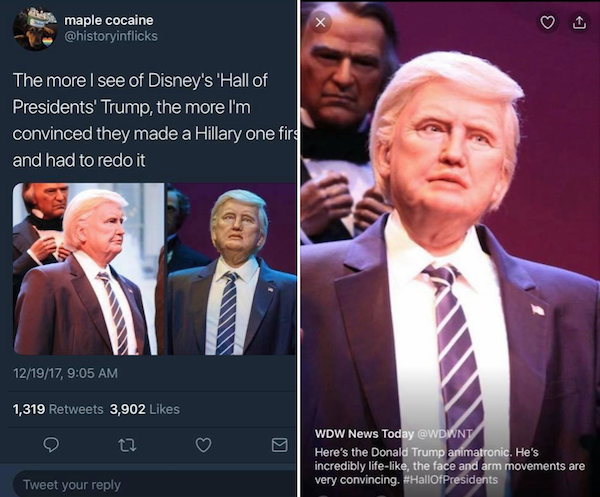 Take a close look. Does that REALLY look like a masculine facial structure? Or does it look like they had an “oh, crap” moment halfway through the design phase?

Is there any reason that Disney might make such a rookie mistake? Could they have had any reason to believe the press about Hillary being a shoe-in? Could they POSSIBLY have been blinded by bias?

Have a look at some numbers… 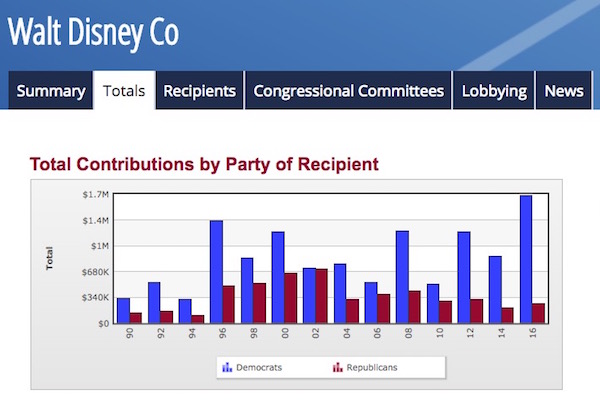 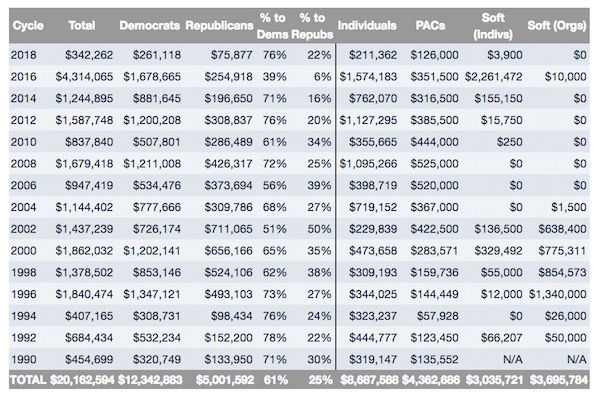 And ask yourself if that isn’t, in fact, the most logical explanation.

The question is, do you think Disney will be shamed into making a better one? Especially now that Tussauds is making sport of them?