Thanks to Politico, we’re just now seeing the terrible price Obama was willing to pay to push forward his private agenda.

It’s hardly newsworthy to say that Obama happily put his personal agenda ahead of the national interest. Even ‘Obamacare’ had to play fast and loose with rules and official language to get rammed through.

Since the beginning, President Trump has been very vocal about just what a horrible deal Obama had struck with Iran. Sadly, we’re only now seeing the wider scope of the price we paid for it.

Forget the fact that Obama’s aide openly bragged about manipulating the news media:

Rhodes, 38, said in the article that it was easy to shape a favorable impression of the proposed agreement because of the inexperience of many of those covering the issue.

“All these newspapers used to have foreign bureaus,” he said. “Now they don’t. They call us to explain to them what’s happening in Moscow and Cairo. Most of the outlets are reporting on world events from Washington. The average reporter we talk to is 27 years old, and their only reporting experience consists of being around political campaigns. That’s a sea change. They literally know nothing.”

Rhodes set up a team of staffers who were focused on promoting the deal, which apparently included the feeding of talking points at useful times in the news cycle to foreign policy experts who were favorably disposed toward it. “We created an echo chamber,” he told the magazine. “They [the seemingly independent experts] were saying things that validated what we had given them to say.”
Source: WashingtonPost whose ironic slogan is ‘democracy dies in darkness’

And the journalists’ reaction to ACTUAL ‘fake news’? 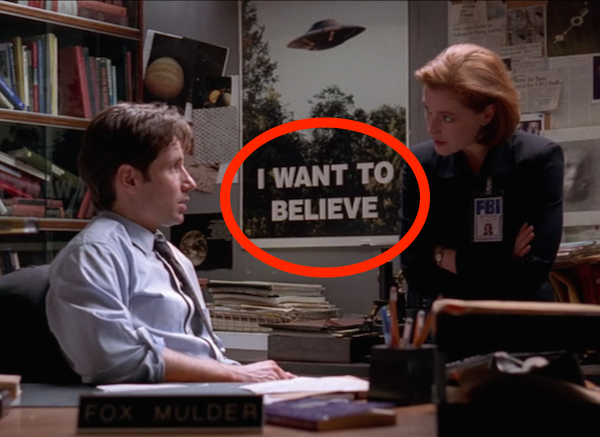 So Obama’s team was working really hard to push this Iran deal.

But at what cost?

Not just the willful lying to the American Public, or a plane full of unmarked bills to the world’s largest state sponsor of terror. But what corners did he have to cut to make this happen?

According to Politico, Obama had to placate Iran by turning a blind eye to their billion-dollar crime syndicate. The one that is providing income that sanctions won’t touch. Drugs, weapons, money-laundering and of course, terrorism.

At the time he was killed in 2008, the leader of Hezbollah was the reportedly the ‘2nd Most wanted’ after Osama Bin Laden.

Those who inherited his empire transformed it into a very sophisticated international crime syndicate that dealt in money laundering, weapons, narcotics, Military hardware — including rockets, missiles and vehicles — and is even connected to providing Syria’s chemical weapons and aspects of Iran’s Nuclear ambitions.

Project Cassandra had discovered that Hezbollah had transformed itself into an “international crime syndicate that some investigators believed was collecting $1 billion a year from drug and weapons trafficking, money laundering and other criminal activities.” Source: Politico

Although Cassandra was very successful at identifying and gathering evidence that could catch their leaders, and disrupt their networks, Obama’s own administration was blocking them at every turn.

When Project Cassandra leaders sought approval for some significant investigations, prosecutions, arrests and financial sanctions, officials at the Justice and Treasury departments delayed, hindered or rejected their requests.
The Justice Department declined requests by Project Cassandra and other authorities to file criminal charges against major players… And the State Department rejected requests…
Source of this and all remaining blockquotes: Politico

“The closer we got to the [Iran deal], the more these activities went away,” Asher said. “So much of the capability, whether it was special operations, whether it was law enforcement, whether it was [Treasury] designations — even the capacity, the personnel assigned to this mission — it was assiduously drained, almost to the last drop, by the end of the Obama administration.”

Who has paid the price for letting Hezbollah’s crime cartel flourish? Well, our troops, for one.

Meanwhile, in Iraq, the U.S. military was probing the role of Iran in outfitting Shiite militias with high-tech improvised explosive devices known as Explosively Formed Penetrators, or EFPs, that had already killed hundreds of U.S. soldiers.
All of these paths eventually converged on Hezbollah.

Rember all those IEDs that we saw on the nightly news blowing limbs off of our troops? (Or worse?) Thank Hezbollah.

What else were they up to?

Along the same routes that carried frozen chicken and consumer electronics, these businesses moved weapons, laundered money and even procured parts for Iran’s illicit nuclear and ballistic missile programs.

Nuclear program? Isn’t that exactly what Obama’s precious deal was supposed to prevent? But in order to achieve the precious “deal”, his own administration gave a free pass to their REAL means of developing it!

Hezbollah mostly left the United States alone, in what was clearly a strategic decision to avoid U.S. retaliation. But by 2008, the Bush administration came to believe that Islamic Jihad was the most dangerous terrorist organization in the world, capable of launching instantaneous attacks, possibly with chemical, biological or low-grade nuclear weapons, that would dwarf those on 9/11.

The MOST dangerous terrorist organization in the WORLD… and Obama tells our agencies to stand down. Read what their munitions can do to one of our tanks. In fact, read it twice.

Shiite militias with sophisticated weapons for use against U.S. troops, including the new and lethal IED known as the “Explosively Formed Penetrator.” The armor-piercing charges were so powerful that they were ripping M1 Abrams tanks in half.

And Obama gave them a pass.

Because Hezbollah’s drug trafficking was bankrolling its Islamic Jihad military wing and joint ventures with Iran, as Asher would later testify before Congress, it represented “the largest material support scheme for terrorism operations” the world had ever seen.

By contrast, Trump has denounced this Iran Deal from the beginning.

Turns out it was even worse than we’d imagined

The big question is… are there enough pieces left of Operation Cassandra that we can rebuild the contacts and information that has been lost?

Or are we royally screwed?

And for what…? A deal Iran had no plan of keeping.

Thanks, Obama — you useless dope.