That’s a long way down. Think they could make it?

Normally, deer crossing the road is no big deal.

For one thing, this particular incident has not just one, but several.

For another, they are on an overpass when it happens.

And like we said, it’s a long way down.

They were like lemmings. One went over, and the others followed. (The final picture shows the landing. If you can’t handle it, don’t scroll to any pictures past the phrase ‘too late’ a little further down.

Their leaps sure looked graceful enough. (At first.) 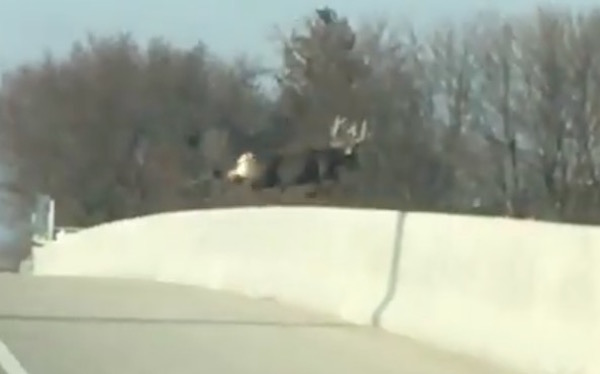 At the top of his arc, he looked a little like the reindeer pulling the sleigh in cartoons.

And then the other three. 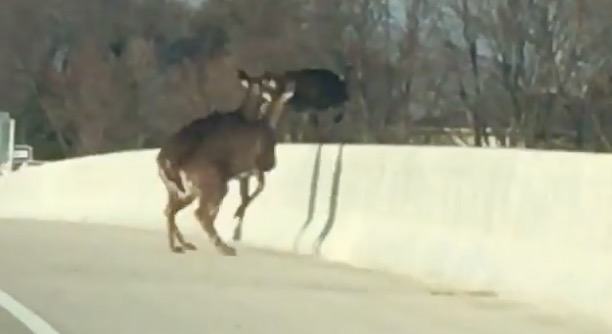 Up and over the top.

But the downward arc wasn’t graceful at all.

If you look closely at the Buck, once he’s over the top, his balance is gone. Probably once he realized it was too late, and he was in for a world of hurt.

But — lemming-like, the others followed to their own deaths as well. 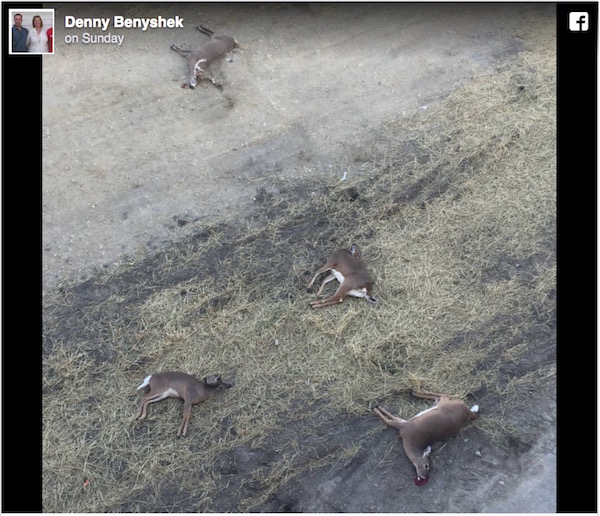