Don’t you love it when a plan comes together?

Chalk this up as yet another reason to call POTUS 45 Reagan’s ‘Third Term’.

And ironically, even that over-hyped and discredited book by Wolff is helping the overall Trump Agenda.

Trending: MEME OF THE DAY: Trump’s Historic Address And Walk To Church Is Already A Bad@ss Meme

1) The Liberal pantywaists are crying on cue.

Remember Reagan’s quip that he was pleased to say that he just signed legislation that would outlaw Russia forever, and the bombing begins in 5 minutes?

In case you’re young enough to have missed that story, here it is in 10 seconds flat:

That was even more provocative than anything Trump may have tweeted. And he caught hell for it at home.

2) The Press inadvertently telegraphed a message to the world that the President was both powerful and dangerous. [In other words, a ‘Badass’.]

Back in the USSR, they were having a cow. This was the first President since the Cold War that was just possibly ‘unhinged’ enough that his threats might be serious.

It was Ronald Reagan, who in his first year in office raised the possibility that the United States and the Soviet Union could survive an exchange of tactical nuclear weapons. That same year Richard Pipes, Reagan’s director of East European and Soviet affairs on the National Security Council, told The Post he thought the probability of nuclear war was about 40 percent.
Source: WaPo

The KGB believed it. Sound familiar?

3. Reagan’s interactions with Russia were — therefore — from a position of Strength

Speak softly and carry a big stick only works if your stick is actually scary. And if they think you might swing it. 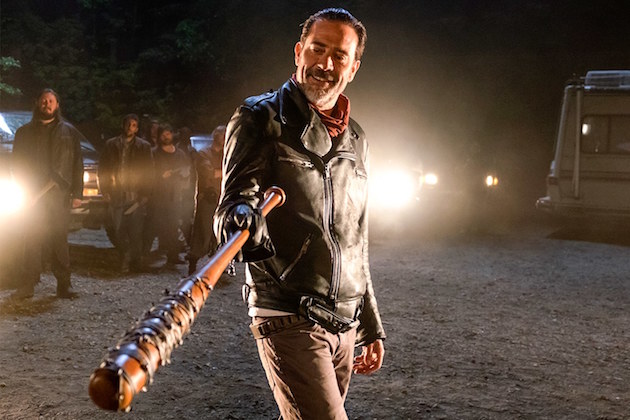 On “Fox News Sunday,” CIA Director Mike Pompeo underscored Trump’s message, declaring that “We want the regime to understand that, unlike before, we are intent on resolving this and it is our firm conviction that resolving this diplomatically is the correct answer but that this administration is prepared to do what it takes to assure that people in Los Angeles, in Denver, in New York are not held at risk from Kim Jong Un having a nuclear weapon.”

All those in the perpetual outrage machine who are calling Trump a “madman” for his tweet are also inadvertently helping him send that message to Pyongyang — just as Reagan’s critics helped convince Moscow that he was a madman.
Source: WaPo

In fact — all that 25th Amendment talk will do nothing to end Trump’s Presidency … but it sure could ramp up the uncertainty factor in Pyongyang.

4. It shifts the balance of power in negotiations.

The way Internation relations HAD been working out with North Korea is like that bratty kid we’ve all seen in a shopping trip. Mommy doesn’t buy little Spanky the chocolate bar or teddy bear and he loses it. Bawling and crying until she finally gives in.

The mom who buys that chocolate bar only makes sure he’ll pull that stunt again next time she says no. On the other hand, when the kid realizes his tantrum can’t manipulate the adults in the room, it’s a different story.

Pyongyang can no longer be quietly confident that their saber-rattling and acts of provocation will just be ignored by a ‘coolly-detached’ President as part of the regularly-scheduled regional drama.

This President just might be ‘crazy enough’ to send the gift of a Mushroom Cloud to the North Koreans. And strictly speaking, Trump isn’t bluffing.

Under enough provocation, as Trump himself has said, ALL options are still on the table.

He’s not playing around with the chance that some guy who’s turned his own country into a prison camp ‘worse than Auschwitz’ [As explained here] will have the sense not to nuke an American city.

5. Trump’s pro-diplomacy position isn’t even the most aggressive one in America.

In fact, there are some Foreign Policy op-eds even ENCOURAGING a first on North Korea’s weapons sites as THE morally correct option.

For example, a piece on Foreign Policy (.com) by Edward Luttwak earlier this week:

Nonetheless, given South Korea’s deliberate inaction over many years, any damage ultimately done to Seoul cannot be allowed to paralyze the United States in the face of immense danger to its own national interests, and to those of its other allies elsewhere in the world. North Korea is already unique in selling its ballistic missiles, to Iran most notably; it’s not difficult to imagine it selling nuclear weapons, too.
Source: ForeignPolicy

So, Little Rocket Man might want to take a break from lobbing missiles that land in his own backyard and take a long, hard look at his options. He’ll want to think about whether he ever wants his country to have a seat at the grown-up table… and whether he’s REALLY willing to risk the alternative.

NBA Reporter Tells Rioters to ‘Burn It All Down,’ Changes Tone When ‘Animals’ Come Near His Home
May 31st, 2020 Flag And Cross 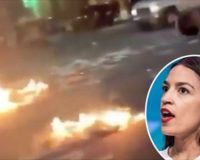