President Trump had a fantastic first State of the Union address.

Well, Washington Post called it that after they changed the headline when they received backlash from leftists on Twitter.

It was supposed to be ‘A Call for Unity’ but the progressives weren’t keen on that.

This page was updated after the first edition. Here is the final front page. pic.twitter.com/nfR7p2wEPB

So, here we are with this ‘New American Moment’ — a moment of unity.  (See what I did there?)

Three in four Americans said they approved of Tuesday night’s State of the Union Address, according to a new poll.

CBS News says that 75 percent of Americans approved of the speech – which was the first of the Trump presidency. Just a quarter of the people who tuned in and took the poll had a disapproving view.

And when broken down – the numbers look even more positive and optimistic for the president.

Here are some results from the CBS News poll: 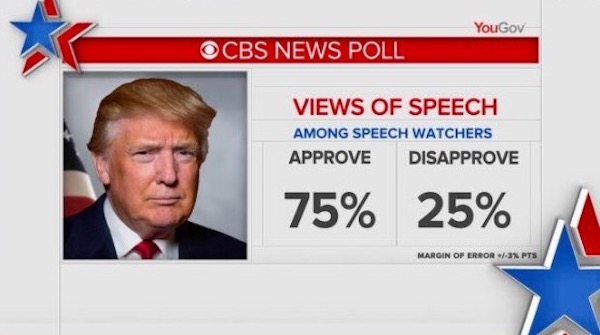 When you break it down by party, President Trump’s State of the Union speech was approved by nearly half of the Democrats watching and almost 3/4 of Independents: 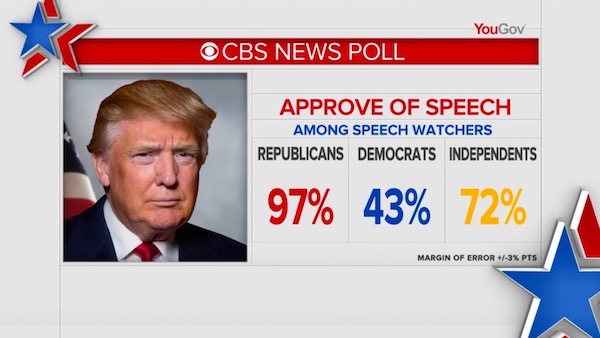 And it gets better.

Eight in 10 Americans who watched and took the poll said they felt the president was trying to unite the country with his message, according to CBS.

When asked about the economy more than half of the people watching the speech believe that the President deserves a lot of credit for the economic boom: 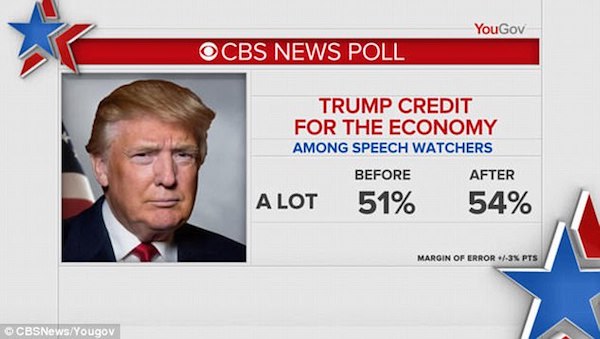 And the majority feel that the policies President Trump laid out in the speech will help them: 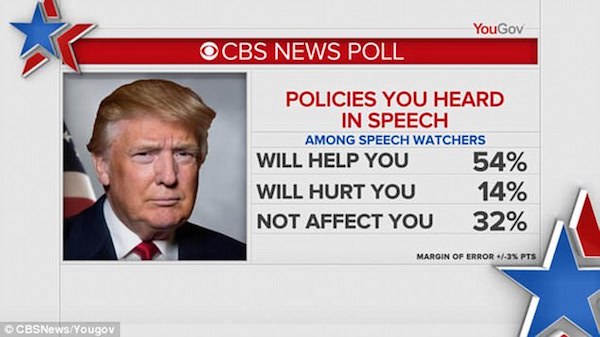 But the real kicker for Democrats is that the vast majority felt proud and safe after President The Donald’s first State of the Union address: 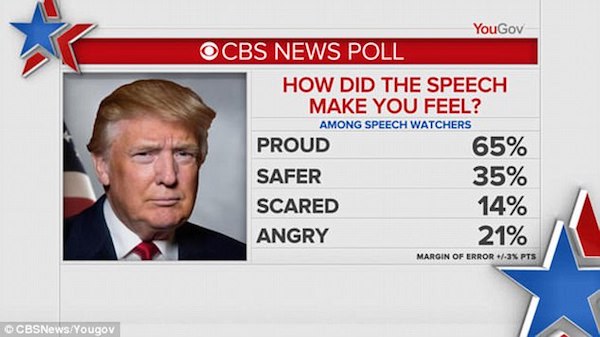 Look at that, it’s been a solid year of negative coverage by the Media (D) and the constant anti-Trumpism from both the Democrats and the Republican Never-Trumpers, and the President has still found a way to get the American people behind him on his message.

And I’m apparently not alone…