Are they really admitting that this guy is their ‘rising star’? Really?

After a kick-ass Pro-American SOTU speech centered on the greatness of the American public, and a shared sense of unity and hope… with a heavy emphasis on Freedom, the left gave their reply.

It was bad. No, REALLY bad.

Not only was it the OPPOSITE of uplifting and inspiring — STFU was a popular response to the response — he got absolutely ROASTED on twitter.

For some inexplicable reason, when the only thing that the Left seems capable of talking about is White Privilege, they decided to trot out… you guessed it… a Kennedy.

And in case you missed the ‘white privilege’ connotations, he is happy to underscore them to us. Right there in his name is “The Third”. 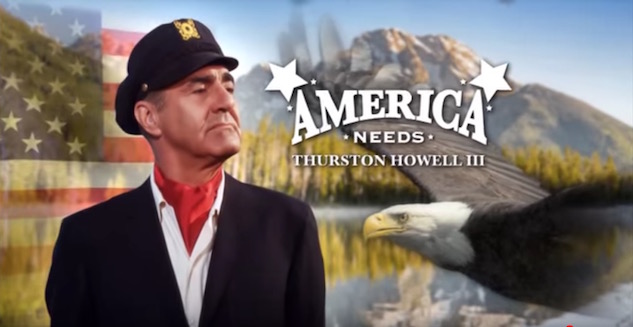 Kennedy gave a flaccid speech to let us all know he was a graduate of the William Shatner school of overacting.

And, hilariously, Pelosi had her own words thrown back in her face.

“If his nose isn’t running and he isn’t burping, he did a great speech,” Mrs. Pelosi told the House Democratic Caucus at their weekly private meeting Tuesday morning, Politico reported.

She reportedly instructed Democrats to behave themselves during the address in order to avoid any controversial moments for the party.

“Let the attention be on his slobbering self,” she said. “If you want to walk out, don’t come in.”
Source: Washington Times

Not only did Trump crush the SOTU speech, Kennedy fumbled his. In fact, most of us didn’t really hear what he was saying. We were too distracted by the drool.

Even news outlets were caught up by it.

Much of the Examiner newsroom is now enthralled by the drool on Joe Kennedy's face.

It wasn’t drool. No, really. That’s what he’s telling us. It was ‘chapstick’.

The politician went on CNN to confirm it was a simple over-application of Chap Stick and not the spreading of his spittle. He told the network that his Chap Stick usage was “a little too much, apparently.” — Newsweek

That makes it SO much better.

But that wasn’t even his most cringe-worthy moment. He actually topped his drool.

This isn’t parody, he included this line in his STFU speech. No, really:

Really? Nobody foresaw any problem with a member of the Kennedy family leading a salute to #MeToo ?

Maybe a guy from the family that left Mary Jo Kopechne to drown and lobotomized Rosemary Kennedy isn't the best image for #MeToo.

Or as we put it here at Clash — it takes a lot of Chutzpah for a Kennedy to say MeToo, dontcha think?

So, as the night wound down, Trump’s speech ruled, and Kennedy’s drooled.