The harpies on The View pile onto Megyn Kelly’s defense of her question to Jane Fonda. It was a bold display of feminist unity… against the conservative woman.

But then, are you surprised?

They were all shocked at the ‘escalation’ of the feud between Jane Fonda and Megyn Kelly and were stunned that Kelly would bring up Hanoi Jane’s Vietnam War shenanigans.

In case you missed it, you can catch the full thing here:

Megyn Kelly Just Kicked The Annoy Out Of Hanoi Jane Fonda And We Love It!

The View coven, however, were less impressed.

The women on The View discussed the Fonda controversy on Tuesday, and guest host Ann Curry said that she was shocked by Kelly’s words.

‘We’re witnessing what we saw yesterday, a certain amount of meanness that I think is – meanness which we should not tolerate,’ said Curry.

Joy Behar was a bit more blunt, saying that Fonda’s response to Kelly’s comment should have been: ‘How much work have you had b****?’

The woman that was an activist involved with numerous anti-military and radical leftist organizations like the Black Panthers.

The woman that was photographed in North Vietnam sitting next to an anti-aircraft gun that shot down our troops. 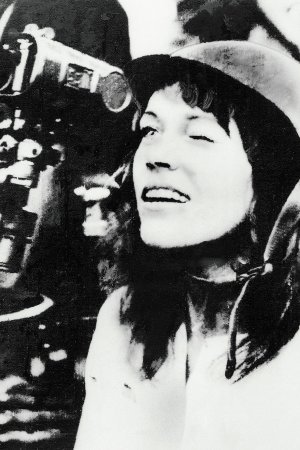 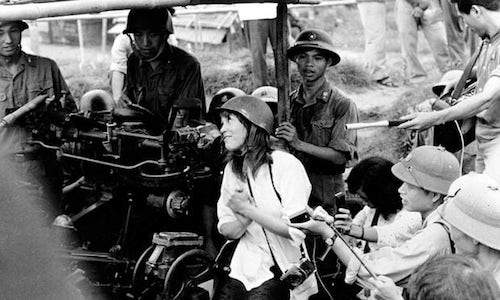 She publicly criticized our POWs. Yes, it was decades ago, but treason has no statute of limitations.

This is the woman that claims to be a ‘symbol’ for aging women. The woman that has articles on her official website about fitness, ‘Women Coming of Age’, and the aging process.

Again, this 80-year old’s appearance is due to more than just ‘a good attitude, good posture, and taking care of yourself’: 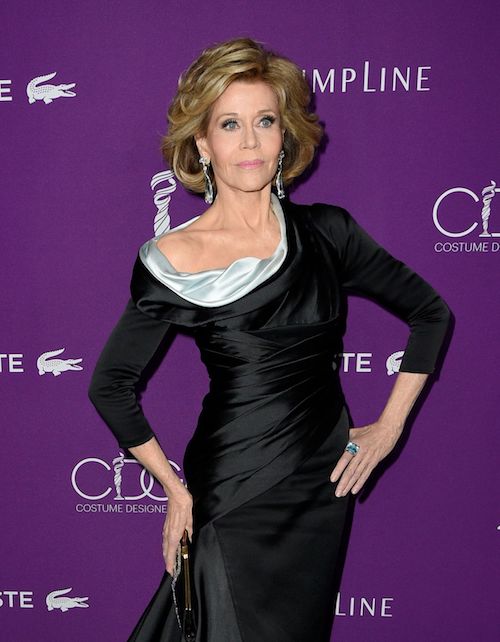 Asking that woman about her obvious plastic surgery that she’s spoken about multiple times before is now ‘mean’?

But then, Joy Behar — how she still has a career is beyond me — called Megyn Kelly a ‘b*tch’.

Curry also noted: ‘Journalists are not supposed to be the story and it’s a struggle, I think, for everyone to be, but we’re supposed to be humble. We’re supposed to use whatever time we’re given to shine a light on other stories. I mean there are so many stories that we’re not covering.’

If that’s true, Ann, someone had better tell Jim Acosta.

Apparently, Behar realized it probably wasn’t feminism’s finest moment to claw the eyes out of a fellow talk show host — even if she is a puppy-eating, racist, xenophobic, self-hating, misogynist conservative…

Behar chimed in again as well to dial back on her comment.

‘She’s struggling for a persona. Like a comedian is looking for, “who am I on stage?” She doesn’t know who she is.’

Or maybe she’s tired of Jane Fonda talking crap about her and sabotaging her career. Perhaps she thought enough was enough and it was time to clap back.

Since then Fonda has complained about the question to a number of outlets, and even mocked Kelly’s question on Today last week during an interview with Savannah Guthrie and Hoda Kotb

Fonda was appearing with Lily Tomlin, who said she had known the actress: ‘before her first facelift’.

To which Fonda shot back: ‘Who are you, Megyn Kelly?’
Source: Daily Mail

Kelly let it pass for four months. It wasn’t until Fonda came back on NBC and bitched about it on the Today Show with Savannah Guthrie and Hoda Kotb that Kelly decided enough was enough.

In the absurd moral preening on The View, Whoopi Goldberg countered Megyn Kelly’s claim that Jane Fonda didn’t have the moral high ground to lecture on what is and isn’t offensive.

And neither does Whoopi Goldberg have the right to call out Megyn Kelly for saying that, ‘Santa is white’ is offensive. (FYI, He was Greek.)

Remember, it was Whoopi that defended pedophile Roman Polanski with the ‘it wasn’t rape-rape’ gem:

Oh, those Leftists… they’re all so offensive.

They’re nuts and they need help.