CNN’s breathless reporting of Trump’s alleged ‘s-hole’ comment has rattled cages. But where is their reporting on this?

Since they like saying the uncensored version of S-hole so very much… let’s look at a REAL sh*thole right here in America.

One they wouldn’t DARE report on. (Spoiler alert: it’s a Sanctuary City!)

But, in case you haven’t turned on your TV or phone for a couple of days, here’s what you missed:

Durbin claims Trump called Haiti a Sh*tHole. (But he’s been known to lie before.)

“I certainly didn’t hear what Sen. Durbin has said repeatedly. Sen. Durbin has a history of misrepresenting what happens in White House meetings, though, so perhaps we shouldn’t be surprised by that,” Cotton said on CBS’s “Face The Nation.” — Source The Hill

Either way, there has been almost non-stop reporting and retelling of all things “sh*thole” from that day until now, it’s dwarfing coverage of other issues, even that false alarm Missile Strike warning in Hawaii.

No, they’re not raising concerns about Port-Au-Prince being a city of millions that doesn’t have a proper sewage system. (Here’s an NPR story from last summer: You Probably Don’t Want To Know About Haiti’s Sewage Problems)

It is also extremely vulnerable to flooding from the canal full of trash and raw sewage that bordered it on one side. After a rainstorm a few years ago, Derlia had been swept away by a wave of sludge and nearly died before neighbors fished him out. He was sick for weeks after it happened, but he survived.

Now, over the sound of the rain, Derlia heard people shouting, “The water is coming!” There was nothing he could do but wait and pray that the water, or the things the water carried with it, wouldn’t kill him this time.

Port-au-Prince, Haiti, is one of the largest cities in the world without a central sewage system.

Is that the issue CNN is raising with their ‘enlightened’ panels? About the actual (expletive) problem in the Haitian captial city?

Such unfounded and emotional claims are easily proven wrong, using Trump’s own history.

Here’s the story they SHOULD be interested in if they love talking sh*t so much.

Gone are the days of leaving your HEART in San Franciso. It’s now the place you drop a deuce.

There is now an interactive map for public defecation in San Francisco. 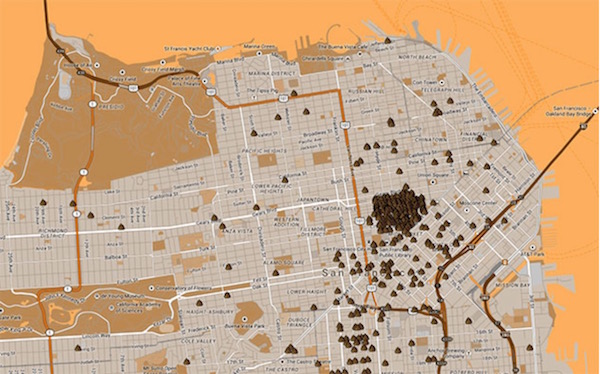 Wondering what that smell near the Civic Center is, San Francisco resident? As far as serious interactive maps go, Human Wasteland is one of the strangest we’ve seen. Created by civil-engineer-turned-web-developer Jennifer Wong, the project plots human excrement “incidents” reported by the public to SF311. Her project won an internal hacking contest for employees of a real estate website, an ironic honor considering the city’s contentious housing issues. The highest concentration of crap is at a downtown alley next to the financial district, right in a high-traffic area frequented by tourists.
Source: Engadget

Clash writers raised this same issue around the tent city in another ‘Sanctuary City‘. We were concerned about the posibility of creating a Cholera problem.

Another writer raised the issue of people without childhood vaccinations.

5 Quick Tips For Men Living in Areas Where There’s a Riot Going On
May 31st, 2020 Brass Pills