Of all the stupid games the left plays, our favorite is when they eat their own.

J-Law, as they call her, is doing a photo promotion for an upcoming movie. She’s on a rooftop with the city of London in the background.

And Feminists are ANGRY about that photo.

Forget the fact that Lawrence is one of the faces behind the latest Feminist hashtag movement (Time’s Up). or that she’s about as A-list an actress as you can get. (Worth more than $140 Million, they’re happy to remind us.)

People still feel the need to get offended on her behalf.

Here’s the photo in question. See the problem? 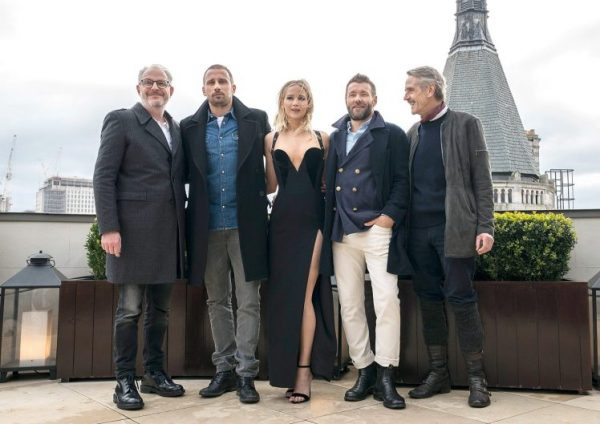 Here it is in their own words:

There’s something wrong with this image. All the men are nicely wrapped up bracing themselves against the chill of a bracing London winter, while Jennifer Lawrence is wearing a plunging thigh-split gown. What is that about? Joel Edgerton, Jeremy Irons, Matthias Schoenaerts and director Francis Lawrence were seen wearing coats and scarves during the photocall for their thriller Red Sparrow, while Jennifer was stood in a tiny dress with strappy sandals. No sign of tights, a coat, a scarf or gloves, and it was roughly seven degrees. It sparked a debate on Twitter about women feeling the pressure to look glamourous despite the plummeting temperatures, although others argued that Jennifer isn’t one to be told she can’t wear a coat.
Source: Metro

Some ‘Feminist’ friends she has there, assuming she was ‘told’ she can’t wear a coat.

‘True equality means either Jennifer Lawrence getting a coat, or Jeremy Irons having to pose for a photocall in assless chaps.’
Source: Metro

Nobody needs to see that. Or even imagine it.

Here’s a closer look at the dress she was wearing. 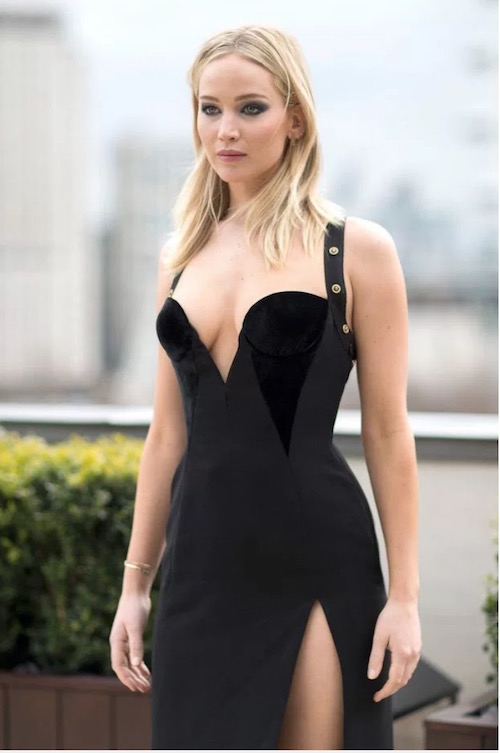 How did she react? Was she a simpering victim? Or did she speak up?

To her credit, she stepped up and fired back. 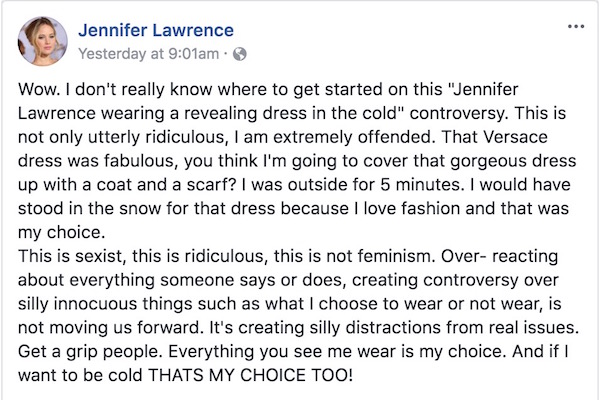 We may not agree with much in the way of her politics. But at least she’s got some Chutzpah and can stand up for herself, even against her own team.

A few more voices speaking up like this, and the Feminists might finally realize that perpetual whining and fake victimhood is NOT what it means to be a strong woman.