The ‘Divider-In-Chief’ just can’t help himself, can he?

Every decision he ever makes seems to be designed to undermine and undercut America and the things that make it strong.

Even the painting by which he is to be remembered, and the man he chose to paint it.

Of course, Doug has a fascinating take on it:

CNN gave the artist, Kehinde Wiley, a ‘glowing’ profile. Of course they did.

Social media had a field day with the portraits, because of how ridiculous they look. 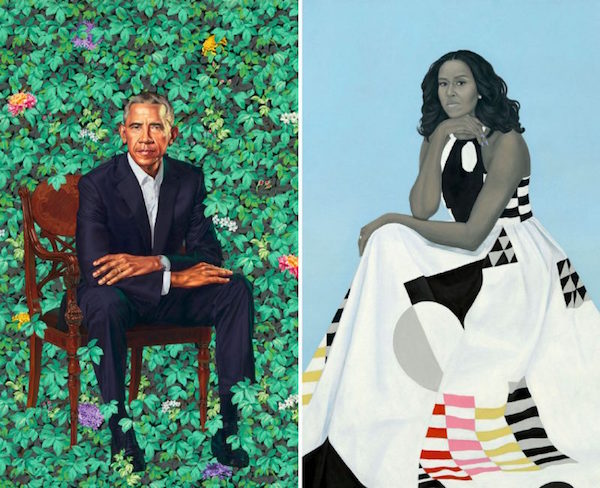 Here’s one of the better parodies making the rounds: 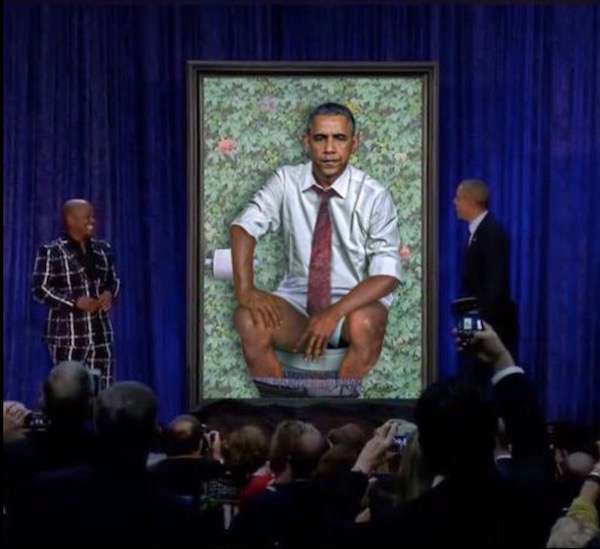 Leaving aside his preference for making it look like he’s used your grandmother’s couch as a canvas, there is something about this painter’s body of work that — if key details were reversed — would be inciting calls of ‘Nazi’ from these very same news outlets.

The Media(D) are somehow blind to that when it occurs in the reverse. See for yourself. 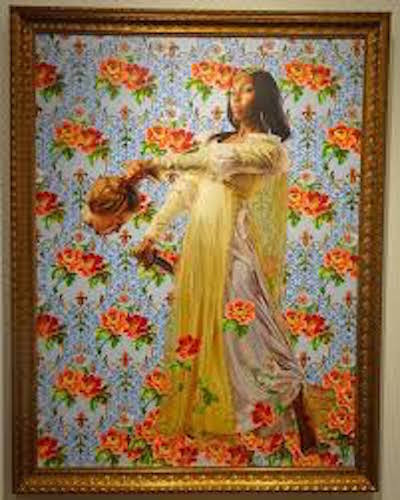 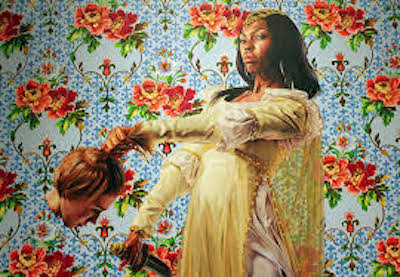 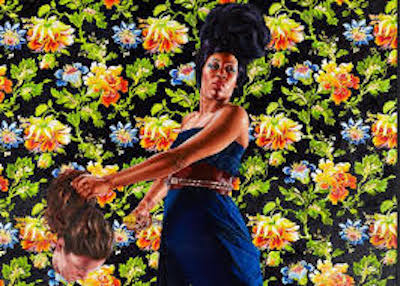 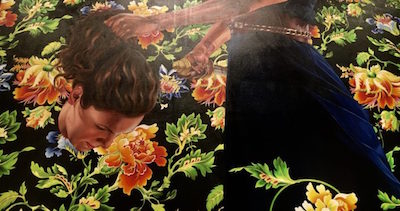 His defenders are saying that other artwork portrays violence, including beheadings as historic. True enough, but they were almost always connected to a particular well-known classical or biblical story. Or recounting a famous historical event. 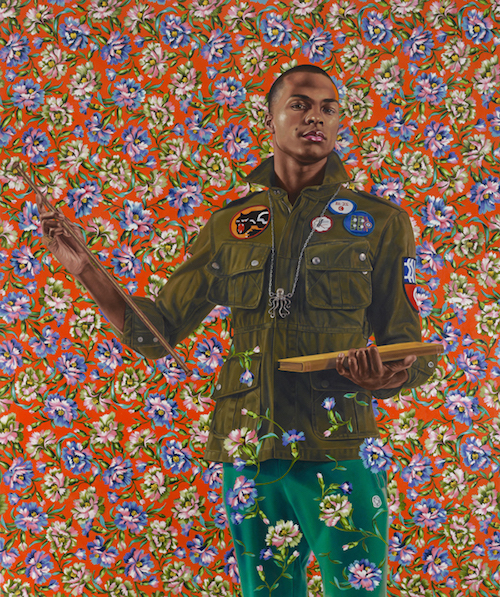 Can you imagine the outrage to a sympathetic portrait of some guy in Klansman garb? Without resorting to ‘special pleading’ please explain how is this REALLY any better.

We’re not even saying the artist lacks talent, per se. We are saying something much worse. He is derivative.

Some key ideas he’s gotten wrong in his worldview have actually hamstrung him. For example, he mistakenly said that Church Art was about power… which must be his rationale for ‘appropriating’ it.

Dude, seriously. Take a breath. Not everything is about politics. Historically, Church Art was about — would you believe — devotion. About beauty. About pointing to something beyond the here and now. They believe their faith MEANT something, that it mattered who and what they worshipped. 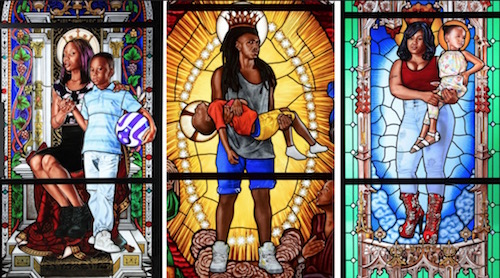 Hollowing out religious ideas by stripping it of the original meaning and politicizing it? And race-baiting in the process?

No WONDER Obama loved this guy.

They’re two of a kind.

Maybe there’s a hidden meaning there:

Personally, we feel like this would have been the most appropriate portrait — especially with his legacy being wiped out so thoroughly. 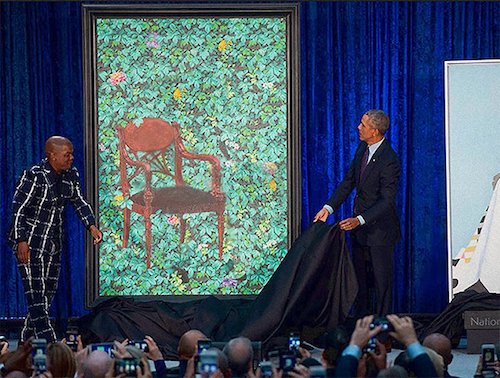