But what do we have to say about Pelosi’s behavior at the State Of The Union address?

No, not ‘the face’ she made, or everyone sitting on their hands — Doug Giles hammered that already, here:

We’re talking about her ‘leadership’. 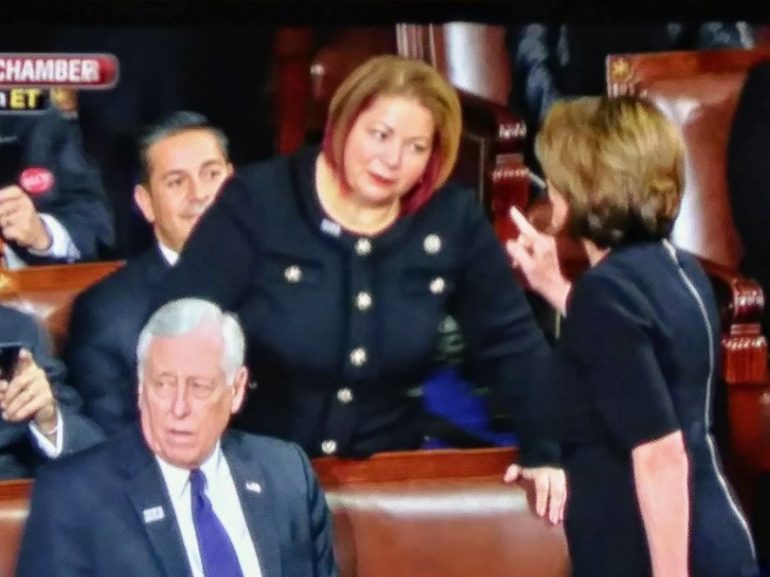 The timeline is a little unclear. This scolding may have taken place before the speech actually started. And it’s not like there’s a hot mic picking up what’s being said, but the body language tells some kind of a story. 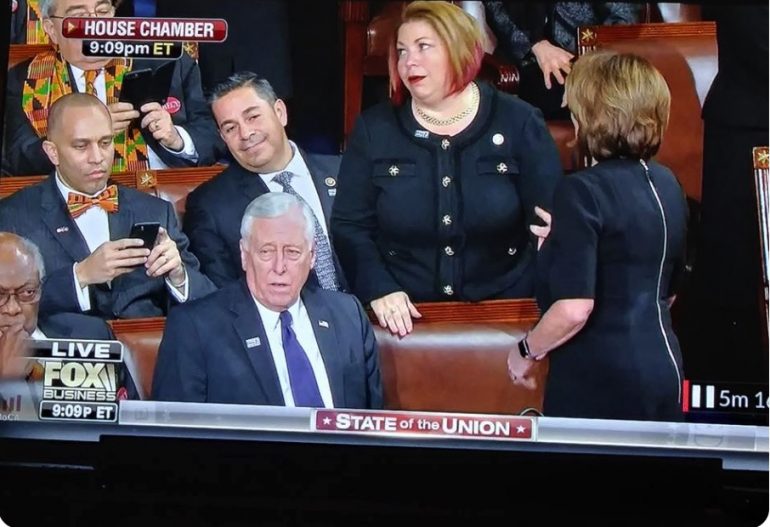 Whatever she’s being told, the woman she’s scolding is obviously not ‘loving it’.

That may be inconclusive. But that there were ‘orders from on high’ that nobody was supposed to stand at any applause moments in Trump’s speech was pretty clear.

For instance, here is the moment one Democrat handed in his man-card. (If it had not previously been revoked.)

And one will even run from the room like a Bat out of Hell if anyone DARES to chant U-S-A.

They’re a sad lot, really. The desperately need to read this: