Bombs are going off in Austin, and critics are painting Trump as the villain. Typical.

Overnight, two bombs turned up at FedEx facilities. The first one, by detonating while on a conveyor belt, the second one, discovered before it went off at another FedEx facility.

Both packages were headed to Austin.

Here are the details about the one that detonated overnight.

A package ‘containing nails and pieces of metal’ destined for Austin has exploded and injured one person inside a FedEx facility in nearby San Antonio in the fifth bombing to rock the state this month.

The wounded employee was taken to hospital after suffering a mild injury in the explosion at the distribution center in Schertz, about 65 miles south of Austin, shortly after midnight.

The package detonated as it was moving from one conveyor belt to another and the female staff member, who was not hit by the contents, was treated for a headache, possibly caused by a concussion.

The same Media(D) that never misses a chance to launch an attack at Trump, wasted no time in turning the Austin Bomb story into an ‘anti-Trump’ story.

They went — you guessed it — straight to the ‘race card’.

President Donald Trump has been criticized for his silence over the Austin bombings, where most of the victims have come from Austin’s historically black and Latino neighborhoods.

Unlike other attacks, such as the Pulse nightclub shooting in Florida, which Trump was quick to label an act of terrorism, the president has remained silent about the Austin bombs.

The NAACP office in Loudoun, Virginia tweeted: ‘Can you imagine bombings occurring in McClean, Georgetown, Loudoun or Tyson’s killing and injuring white people and any suspicion of it being a person of color or Muslim.

‘The National Media, namely Fox News, and the Tweeter in Chief would be apoplectic.’
Source: DailyMail

Right. Maybe they never got the memo that victims of the explosions were of a variety of ethnic backgrounds, black AND white. Nice try, though. Thanks for playing. 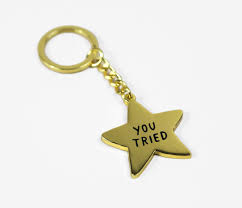 Film producer and Democrat Party activist Adam Best demanded to know whether the attacks were being ignored ‘because the victims have been people of color so far?’

‘Why hasn’t Donald Trump tweeted or made a statement? This is the 4th bombing in Austin, a metro area of 2M people.

‘Because it’s a progressive city? Because he’s too busy covering his own ass? Austin needs national support!’
Source: DailyMail

Uh… they HAVE national support. You don’t think the President PERSONALLY does the investigating, do you?

These guys are on the scene. By their name, you’d think they have some sort of expertise in the area:

BREAKING: ATF on scene at an explosion that occurred in Schertz, TX. pic.twitter.com/Z1iUuQdXpk

That qualifies as ‘national support’ doesn’t it? The Federal Agencies with the skills and background to look into this issue showing up on the scene?

They were there before now, too, if the critics care to know… even offering relevant instructions to whoever sought it:

Bombs or Improvised Explosive Devices or IEDs can resemble common packages, bags or other household items. If you encounter a suspicious package, backpack or an item that looks abandoned, do not touch or attempt to move it. Contact local law enforcement or your local ATF office. pic.twitter.com/XtGjQCfPHZ

And these guys seem to have been taking it seriously:

ATF K-9 Titan, of the Dallas Field Division, is an Explosives Detection Canine working in Austin searching for evidence in connection with the recent explosions. Learn more about ATF K-9s at: https://t.co/lXUCef5lVv pic.twitter.com/Kg0lkUvuT9

But for the ‘resistance’, every story has to have a Trump angle, as a stick to beat him with.

Isn’t it those same guys who normally accuse Trump of having too much to say, too soon? There are a lot of unknowns here, up to and including whether these were all the same person, or whether there is a copycat in play.

What, precisely, would they have Trump say, that they wouldn’t immediately criticize as either a meaningless platitude, or political posturing?

Not every horrible event is one that the President will speak on. Obama, for example, never once mentioned the dozen or more people shot on a Typical Chicago Weekend, or that the less than a third of murders there were ever solved. Is it because he didn’t care about them? Or weren’t they politically expedient?

You can’t have it both ways.

We have seen Trump speak up and show up when he thinks doing so will be helpful, like we have seen him do at floods in Lousiana, and later, with Hurricane relief.

Maybe they’re just echoing the sentiments of the LAST president, who made every issue about race.

Even when 5 cops were murdered in Dallas, by a cop-hater motivated by explicit racism, Obama couldn’t resist blaming the victims.

As far as official statements, they will be made by local officials and members of the Federal agencies doing the direct investigation.