The fight over whether or not Second Amendment rights are such a good idea in America has not gone unnoticed in other parts of the world.

You might expect them to side with the weak-kneed anti-gun advocates we saw in Australia and the UK.

Some, yes. But there were others who had a very different take.

And they backed up their opinions with a powerful example: 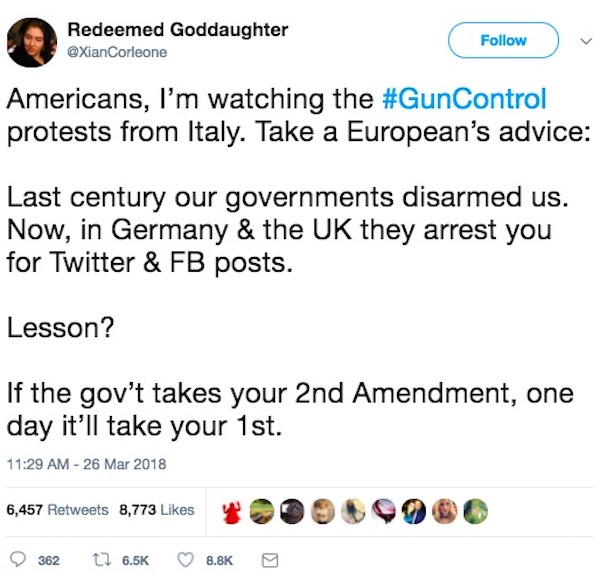 The Left can laugh and mock all they want about how ridiculous they think the possibility of Tyranny might be.

Maybe these same people haven’t noticed that the ‘future of the nation’ has been bred to believe thuggery is not just socially acceptable, but actually virtuous in their purge or wrongthink.

College professors at Evergreen have literally been held hostage because they didn’t comply with the activists’ demands.

There are people marching in the streets to take away a right that has been secured by a Constitutional Amendment.

These same people want to shut down the speech of those that say that perhaps we could deal with the issues relating to the Parkland shooting itself — the fault of the shooter, the failures of government agencies to act, the policy enacted by the Broward School district that made reporting the shooters prior violent actions on school property something that was handled in-house rather than with the police, the Sheriff’s office that failed to act again and again and again, or even the incessant bullying that he was subjected to — instead of blaming the gun.

This isn’t a good road to go down.

There is no First without the Second. 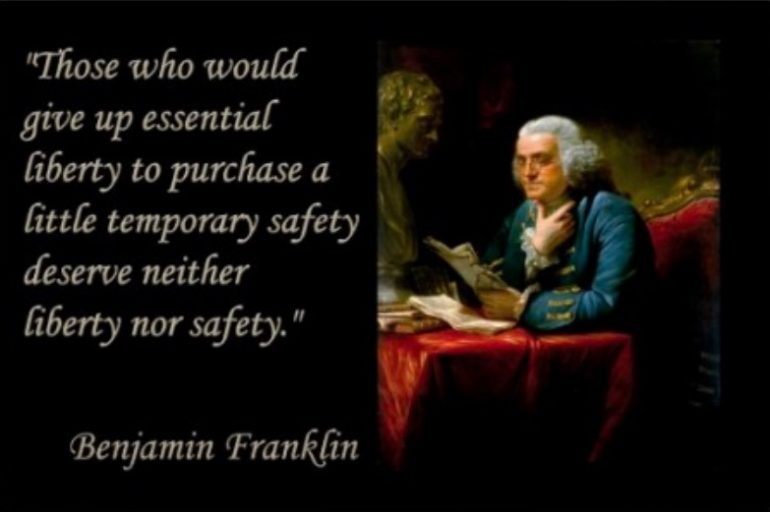