The now-deleted tweet by a Planned Parenthood branch in Pennsylvania is about as ridiculous and tone-deaf as their slogan, ‘Care. No Matter What.’

‘Caring’ means not being all judgy about the woman choosing to murder her innocent child in the womb because she doesn’t want it. Yes, these people really are that sick.

No, Planned Parenthood. No, we don’t need that.

My own personal experience is anecdotal, but Disney Princesses are really big with the female demographic between the ages of 2-years to approximately 8-years and it pretty much wanes from there.

Sure, there might be some interest and nostalgia, but these movies are made for children.

These characters are to appeal to children.

God forbid there is a story that’s just pure escapism for entertainment and not pushing a leftist agenda.

Nope. Can’t have that.

Especially with regard to impressionable children.

I’m old enough to remember when the Disney Princesses were condemned by feminists for being hypersexualized and reinforcing unrealistic body image.

Why didn’t they call for a fat princess?

Or an ugly one?

One who has been aborted by Kermit Gosnell.

One who has autism?

Perhaps even one that has Down Syndrome… oh, wait.

They’re trying to eliminate Down Syndrome through abortion.

These people are selective.

Speaking of selective, would Planned Parenthood care to mention the millions of sex-selective abortions that are performed around the world because the unborn baby is a girl? 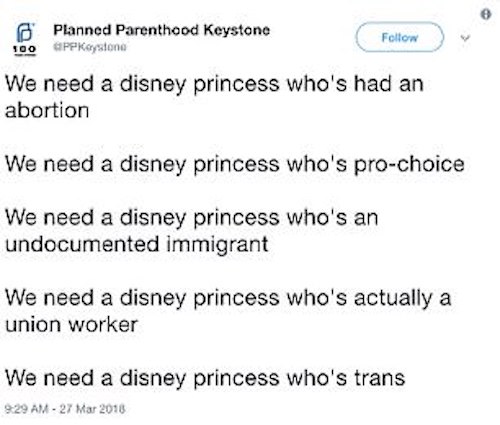 They were obviously virtue signaling to the identity politics crowd.

A Pennsylvania branch of Planned Parenthood says a tweet declaring the need for a Disney princess who’s had an abortion was not appropriate and the organization has taken it down.

An executive for Planned Parenthood Keystone says the group believes pop culture plays a “critical role” in educating the public and sparking “meaningful conversations about sexual and reproductive health issues and policies, including abortion.”

Melissa Reed, President and CEO of Planned Parenthood Keystone, says the seriousness of the point they were trying to make was not appropriate for the subject matter.

Planned Parenthood affiliate tweet: ‘We need a Disney princess that has had an abortion’ pic.twitter.com/dEasqAFtMu 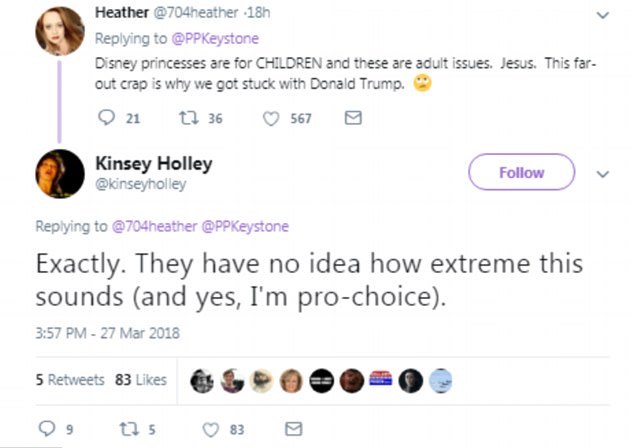 This is as twisted as it gets…Planned Parenthood Keynote says we need a Disney princess who has had an abortion.

(They have now deleted the horrid tweet but the internet is forever and ever and ever!) pic.twitter.com/Y2BaWSjILK

Wow…..they want to ban guns, but they are fine with the 70 million, and counting, abortions. So sad how brain dead we have become.#PlannedParenthood #Abortion #ProLife… https://t.co/RtVJZSKJws

FYI, those sick puppies over at Planned Parenthood have a line of clothing for babies. 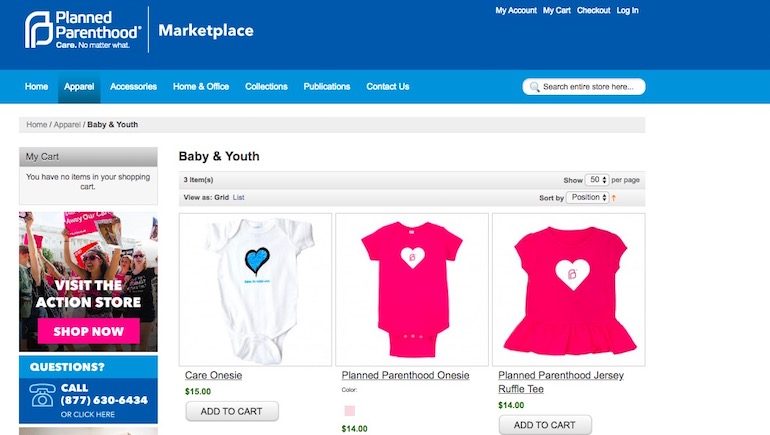 But then, are you surprised?

These people were selling baby parts and then denied it despite video evidence. 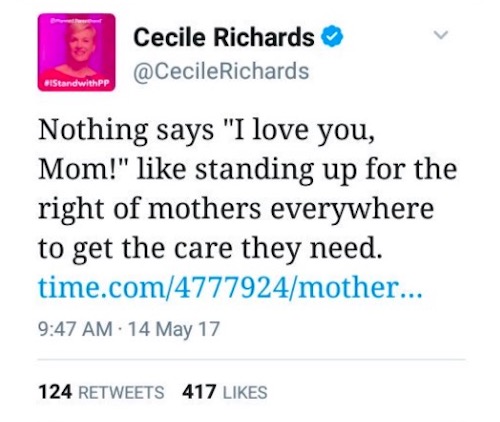 Unless, of course, you can’t say that because you’re an aborted baby.